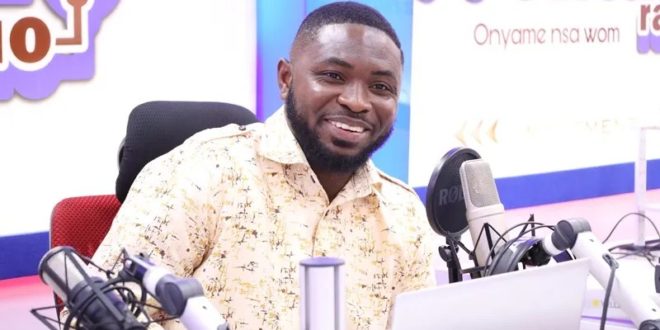 A communications team member of the New Patriotic Party (NPP), Kwabena Marfo, has stated that it will be bad news should the NPP lose the 2024 general elections as there are a lot of people who will suffer.

The NPP communicator made this assertion when he was speaking in an interview with Kwaku Dawuro on Movement In The Morning Show on Wontumi radio/Movement TV.

Justifying his assertion, Marfo explained that the NPP has proven beyond any doubt that the party has performed better as far as the development of Ghana is concerned.

“I’m therefore charging all the aspiring national executives of the party that they cannot afford to lead the party to defeat in 2024 and I’m equally urging delegates to ensure they vote for competent leaders in the upcoming national delegate conference”, he added.

Kwabena Marfo further indicated that “If we think breaking the eight is so easy, then we are just kidding ourselves. It must be known that it would not be easy. I take a clue from the 2020 elections. Look at the votes we were able to garner in the 2016 elections close to more than a million vote difference as a result of the good promises we made, including our gargantuan policy like the free SHS. Meanwhile, the numbers dropped during the 2020 election”.

Therefore, we need people who will help us break the eight or some of us will suffer. Like the former President Kuffuor once said, it’s better to be a messenger while your party is in government than to be a General Secretary of a party in opposition. The responsibility lies on all of us, especially government appointees.

Previous Covid-19, Russia-Ukraine War Has Drafted A Manifesto For The NDC- Public Sector Reforms Boss
Next Developmental Projects Should Not Be Drawn Away By Partisan Politics – Political Activist urges