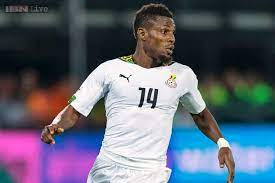 Former Black Stars Center-back, Jerry Akaminko has chillingly revealed that no official of the Ghana Football Association checked up on him when he got injured at the national team.

Jerry Akaminko couldn’t make it to the mundial after playing most of the qualifiers and reportedly didn’t receive any appearance fee.

Emmanuel Agyemang Badu strangely revealed that he paid for his medical treatments when he sustained injuries whiles playing for the Black Stars.

Speaking to Happy FM, Jerry Akaminko surprisingly revealed that no official checked up on him after his sustained the career threatening injury.

“They [officials] had other players they wanted to count on so if you can’t play, they won’t mind you. I never had a single call from anybody to check up on me. It was only my teammates who would call me and talk to me,” he said.

“I wasn’t surprised because it’s not a new thing. I’m not the only player who got injured in the national team and no one check up on me or is given attention. So I just motivated myself and focused ahead,” emotional Akaminko concluded.