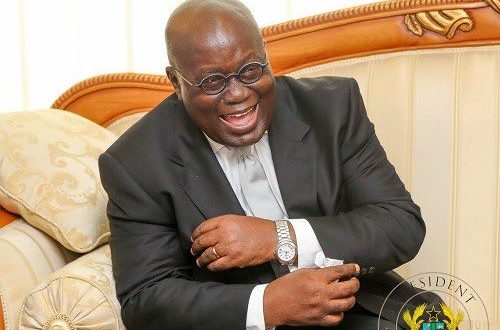 President Nana Addo Dankwah Akuffo Addo on 20th May 2022 said that he is a keeper of his word and will keep to every promise he makes to Ghanaians.

He made the comment when he cut sod for the construction of the University of Engineering and Agricultural Sciences (UEAS), in Bunso, in the Eastern Region on Friday, 20 May 2022.

Many Ghanaians today are questioning the claim by the president in terms of its reflection on their current living.

Due to this, Ahenkan FM reporter, Kwabena Akim went out to rectify the president’s statement from some Ghanaians and they said that they are highly disappointed by such a claim.

According to them, they voted him to power on his many promises yet he has disappointed them woefully.

Some also said that he said that he should reduce the price of petrol among other things to make the cost of living affordable but has rather increased them, justifying himself with excuses.

This is what they said.