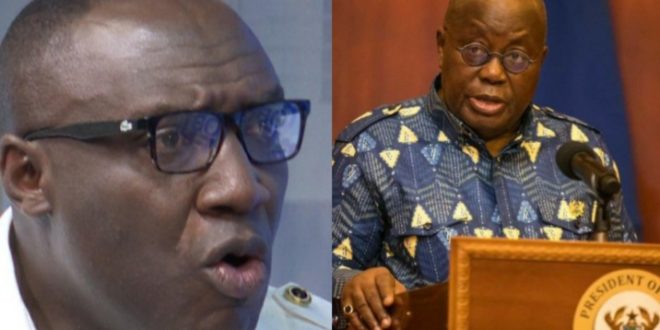 According to Henry Osei Akoto, but for president Mahama’s public pronouncement after almost six years, government and by extension President Nana Akufo-Addo did not find it prudent to provide his predecessor what is due him.

“JM does not need any office from Nana Akufo-Addo. Had it not been president Mahama’s public pronouncement after almost six years, Nana Akufo-Addo did not see the need to provide his predecessor office space. Clearly this shows Nana Akufo-Addo is clueless about governance of this country”.

This is in sharp response to the Director of communications of the NPP, Richard Ahiagbah that, government is working on getting an office space for former president Mahama.

At a press conference on Wednesday September 14th 2022, Richard Ahiagbah dismissed president Mahama’s claim that he was not enjoying the full end of service benefits due him as a former head of State.

Richard Ahiagbah further affirmed on Thursday edition of Metro TV’s GMG show that, he has documents to proof the State was taking care of the bills of an office space president Mahama uses at East Cantoments.

President Mahama in an earlier interview with TV3 disclosed that, the state pays his monthly pension only and does not take care of his electricity bills, office space, fuel his vehicles, pay his air tickets when he travels among others which is in variant with article 71 of the 1992 Constitution.