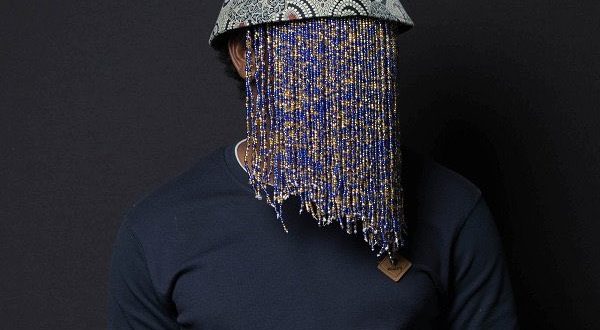 Lawyers For Anas Reacts To Testifying Without Mask ‘Ruling’

Cromwell Gray LLP, lawyers for the celebrated investigative journalist, Anas Aremeyaw Anas, has urged the public to disregard false reportage within a section of the media that the Supreme Court of Ghana presided over by Baffoe-Bonnie, JSC, has ordered the journalist to testify without a mask in the case of the Republic v Kwesi Nyantakyi & Another.

According to a seven-point release available to GhanaWeb, the lawyers indicated that the Supreme Court in its ruling on Tuesday, November 8, 2022, did not make such an order or that their client is being compelled by the apex to appear in court without his mask.

It was reported in the media that the Supreme Court had quashed an Accra High Court order for the journalist, to testify in-camera against Kwesi Nyantakyi for issues captured in his documentary dubbed ‘Number 12: When Greed and Corruption Become the Norm’.

Per the ruling, the investigative journalist was to appear in court without his trademark mask.

The court presided over by Justice Baffoe-Bonnie is reported to have ruled that, the order of High Court 2, Criminal Division, Accra granting a dispensation to Anas Aremeyaw Anas to testify in camera as a prosecution witness in the criminal case entitled Republic v Kwesi Nyantakyi & Another was made without the requisite legal basis.

The lawyers for the journalist debunked the reportage indicating that their client, Anas and his Tiger Eye PI team, will continue to wear the iconic face beads as a symbol of impartial anonymity in investigative journalism.

“Our attention has been drawn to developments in the ongoing criminal trial of the former head of the Ghana Football Association, Kwesi Nyantakyi, who is standing trial for corruption and fraud over the Number 12 investigative report aired in 2018. The documentary uncovered football-related corruption in Ghana and other African countries.

“The criminal proceedings were instituted following Anas’ petition filed with the Attorney-General. The star witness for the Republic, Ahmed Suale, who was one of the investigative journalists in respect of the documentary, was murdered in Madina, Accra weeks before his testimony could be taken.

“Anas Aremeyaw Anas agreed to testify in the stead of Ahmed Suale on condition that he be allowed to do so in-camera or in chambers.

“Anas may choose to testify as a prosecution witness or not. Anas and his Tiger Eye team will continue to wear the iconic face beads as a symbol of impartial anonymity in investigative journalism and to highlight the extreme risks in that line of duty,” the statement of Cromwell Gray LLP issued on November 8, clarified.

Find below the full statement.

A statement from our lawyers. pic.twitter.com/8QS3Eqho9k