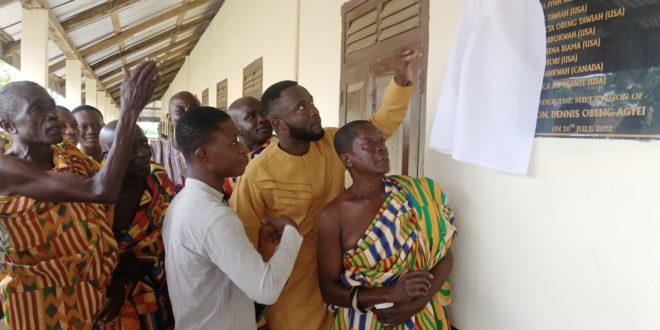 The headmaster of Oda Nkwanta Methodist Junior High school in the Birim Central municipality of Eastern region, Mr. Katakyie John has called on government and other cooperate institutions to help provide enough desks for their school to enhance teaching and learning effective.

He explained that population of their school children has increased largely making children in each classroom more than the available desks which renders them no other option than to let three or four children sit on one dual desk and some even sitting on the floor which is making teaching and learning difficult in the school.

He further appealed to the municipal authorities to help construct their school park which work started but has been abandoned for so long making children not getting access to sporting activities unless they travel all the way to Akyem Oda to train children for inter schools competition.

He made this known to the media during the handing over ceremony of their school’s beautiful renovated building, toilet facility, and urinal by the Oda Nkwanta Assembly member without the help of government which was held in Oda Nkwanta Methodist JHS school premises.

The Assembly member for Oda Nkwanta electoral area, Hon. Dennis Obeng Agyei speaking to the media revealed that he realized the central government can not do everything for them in his community hence the need to solicit donations from indigenes of Oda Nkwanta living abroad and Ghana.

He also explained why work on the abandoned school park which double as the community’s park has been halted and abandoned for so long and called on their MP, Hon. Alexander Akwasi Acquah  to come to their aide.

Some of the school children shared their excitement in having their school building which was in a horrible state to the media and showed much appreciation to the Assembly member and people abroad and home who donated for the work to be completed for them. 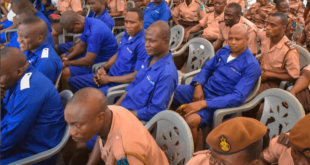 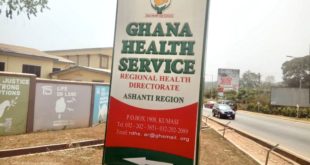 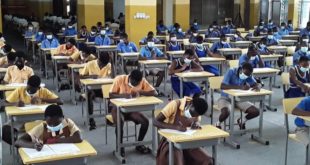 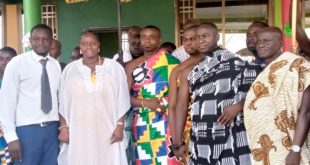