Breaking News
Home / Politics / “I’ll Give My All To Whoever Becomes Our Flag-bearer” – Staunch Bawumiah Campaigner, Alhaji Ali Suraj. 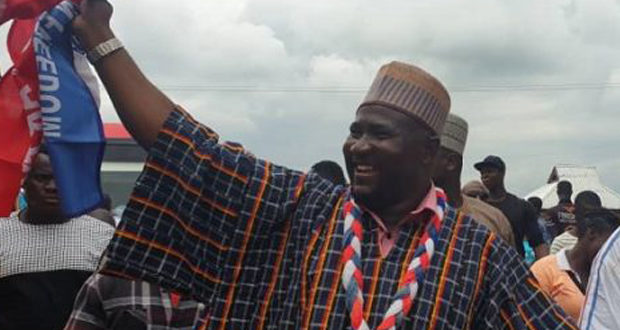 “I’ll Give My All To Whoever Becomes Our Flag-bearer” – Staunch Bawumiah Campaigner, Alhaji Ali Suraj.

An NPP Activist and a staunch campaigner for the Vice President, H.E Alhaji Dr. Muhamadu Bawumia, Alhaji Ali Suraj Former Deputy Organizer, NPP USA has called on members of the party to unite in their pursuit to break the eight-year power cycle.

According to him, the party’s current achievement of Nana Addo Dankwah Akkufo Addo’s government will determine their faith in the upcoming 2024 election.

To him, the main aim is for NPP to win 2024 being it presidential and parliamentary regardless who wins flagbeareship race as he called for unity amongst party members.

“Let’s unite to give our party a new direction, a new hope, do away with fashions and turn the country for the better.”

He was responding to a comment made by Mr. Hopeson Adorye during just ended pro-Alan group health walk in Kumasi.

Mr. Adoye during his speech at the walk stated that, NPP party should follow a supposed tradition which is Dankwah, Busia and Dombo tradition which according to him is Hon. Alan Kyeremateng’s turn to lead the NPP in 2024 election.

Alhaji Suraj indicated that one of the major goals of the NPP is to ensure that the party is retained after the 2024 general elections to aid them continue with its good works, declaring: “Victory in 2024; that’s our goal, that’s our task; and by the Grace of God we will achieve that.”

He further stressed that since the return to constitutional rule in the Fourth Republic, the NPP had presented itself as the most dominant force in Ghanaian politics.

That, he said, had been made possible by what he described as “a culture of sacrifice, commitment and fidelity to firm up its core values”.

He again asserted the party has belief in the principles of democratic accountability, respect for human rights and the rule of law, economic freedom and social justice, saying those values had stood the test of time and must continue to guide the party’s actions now and in the future.

He called on all party faithfuls to rally behind the new crops of executives so that their tasks will be easy so to enable them break-the-eight.

He lastly promised to give his all being it in finance, needed tools and logistics and advice to campaign massively regardless who is elected flag bearer of the party as he’s known a staunch campaigner for the Vice President.