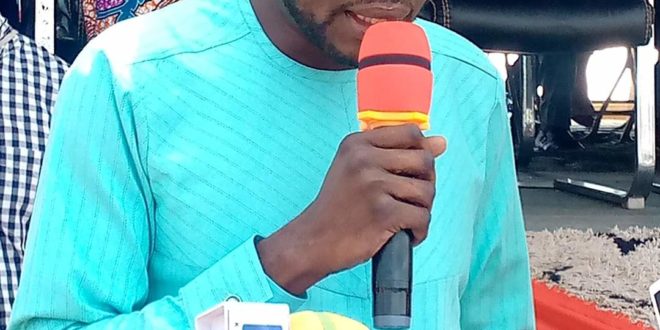 The District Chief Executive (DCE) for Amansie Central in the Ashanti Region, Hon. Micheal Donkoh,  has said it emphatically that residents should blame miners for high rate of galamsey in the area because he has no connection to illegal miners in the area.

He insisted “I have not sold any concession or any land to someone to operate illegal, so what is my involvement in illegal mining?” he questioned.

“I don’t have connection with any of the illegal miners hence commuters should blame them not me” he said.

Hon. Micheal Donkoh said illegal mining had negatively affected the socio-economic development of the area and destroyed the livelihoods of the people in the affected communities.

He added that, the Assembly will, therefore, not shield anyone involved in the illegal business regardless of their political persuasion or social status.

“We will not spare anyone engaged in illegal mining but allow the law to take its course to serve as a deterrent to others. We won’t shield anyone,” the DCE warned.

He called on traditional leaders to support the government to stamp out the activities of illegal miners.

He said not only politicians but also traditional rulers, security agencies, and even ordinary people must have a role to play in fighting the menace.

Hon. Micheal Donkoh also advised the illegal miners to use the laid down procedures to acquire a license and called on Chiefs to support the fight to protect the environment for generations yet unborn.

Previous Video: If Elections Are Held Today, NPP Will Lose ‘Potorr” – Deputy Foreign Affairs Minister
Next Agyapa Deal Is For The Collective Good Of The Country – Razak Opoku Writes