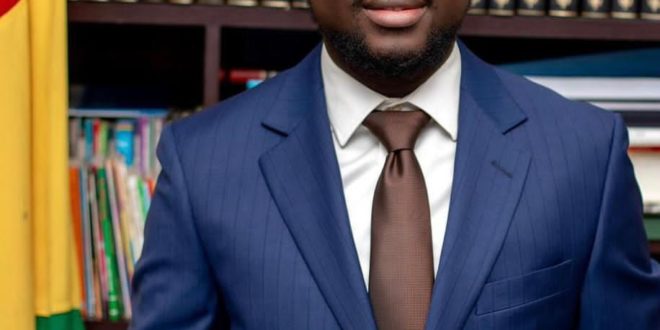 Prince Philip, Duke of Edinburgh was the charity’s patron from 1966 until his death in April 2021. Her Majesty The Queen Consort, formerly Her Royal Highness The Duchess of Cornwall has since May 2022 become the Patron of the charity. The Board is chaired by The Rt Hon. Lord Boateng, the first UK’s Black Cabinet Minister.

Hayford Siaw was appointed by H E Nana Addo Dankwa Akufo-Addo- President of the Republic of Ghana in December 2017 as Chief Executive of GhLA. Prior to his appointment into public service, he founded Volunteer Partnerships for West Africa that successfully worked with development partners from around the world setting up projects in Education, Health, and Youth Development. Hayford has been supported on various initiatives by UN Agencies, European Union, Global Fund for Children(USA), Reach for Change, Sweden, and many others. He is also the founder of Damang Community School and the award-winning Street Library Project.

At GhLA, he has led unparalleled institutional growth by expanding the network of libraries from 61 to 114 and books on shelves from 349,941 to 1,275,894. In 2021, GhLA was declared Library of the Year by the London International Book Fair Excellence Award. The United Nations Public Service Awards Programme also awarded GhLA for its innovation and inclusive approach to promoting technology education in Ghana.

Hayford Siaw currently also serves as a trustee of Central Aid, the charity arm of International Central Gospel Church (ICGC). He is a 92Y Ford Motors Fellow and a Change Leader of Reach for Change. In 2018, Hayford was awarded as the 15th Commonwealth Points of Light by Queen Elizabeth II. Hayford has received education and training from the University of Ghana Business School, Sikkim Manipal University, Oxford University, and Columbia University.