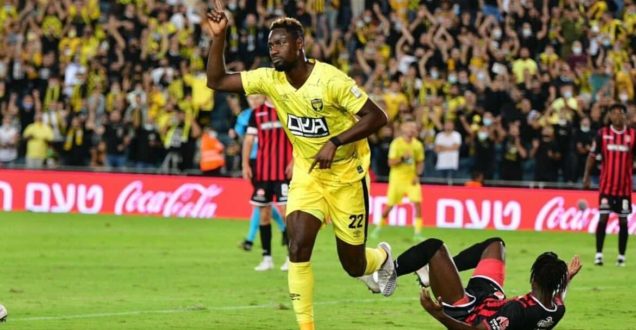 Ghana international, Richmond Boakye Yiadom, has explained that he was close to joining Chelsea F.C  in the 2017/18 summer transfer window.

The move, however, could not happen because of Michy Batshuayi’s failed Borussia Dortmund transfer in the same summer.

The Belgian striker was set to join the Bundesliga club, but the move fell through before he later signed for the Blue and Yellows on loan in January 2018.

Antonio Conte and his staff scouted Yiadom that summer, but a deal could not be struck because Batshuayi was supposed to pave the way for the move.

“At that time, everything was going well. A lot of clubs came; Southampton, my manager spoke to me about Chelsea,” the Lamia strike told Joy Sports.

“Batshuayi was supposed to go to [Borussia] Dortmund for it to be concluded, but he didn’t go. Villarreal also came.”

He says the transfer was necessary because of what it brought to him and his family. “The decision to go to China was a last-minute surprise,” Yiadom continued.

“Looking at certain things and looking at my age, I said to myself, I can go to China and come back to play in Europe.

“If whatever they are bringing on the table can allow me to go and come back with my age, why don’t I take that challenge?

“I took the challenge based on the fact that with my age, I can go and still come back to Europe and play.

“I know a lot of people might have not understood it but as I said, in football, if some decisions will help you and your family, friends, loved ones, to think deeper, I told myself why not go and play one or two years and come back?”