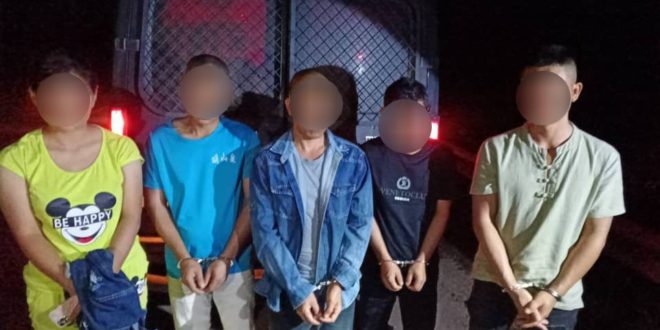 A special operation conducted by the police between Wednesday night and the dawn of Thursday, September 8 in Ellembelle has led to the arrest of five Chinese.

The operation was conducted in connection with the two missing but found excavators in Ellembelle in the Western Region.

The suspects are currently in police custody.

FIVE CHINESE ARRESTED IN CONNECTION WITH THE ELLEMBELLE MISSING EXCAVATORS

The Police have arrested five Chinese suspects in a special police operation conducted between the night of 7th September till the dawn of 8th September, 2022.

The operation comes just a day after the District Chief Executive (DCE) of Ellembelle, Kwasi Bonzo, was arrested for obstruction.

He was sent to the Western Regional Police Headquarters for obstructing officers from carrying out their duty.

The officers had found the excavators, said to have gone missing while in the custody of the police.

According to the police, Kwasi Bonzo will be arraigned before court on Thursday, September 8.

He was granted bail hours after his arrest, though it took sometime before his lawyer was given access to him.