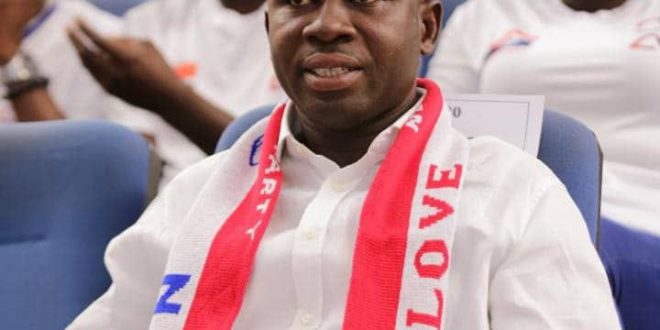 The Ashanti Regional communications director of the governing New Patriotic Party (NPP), Dennis Kwakwa, has stated that every Ghanaian has in a way benefited from every policy implemented by the Akufo-Addo led administration.

This is to justify an assertion he made on Movement In The Morning Show on Wontumi Radio/Movement TV that although Ghana has begun negotiations with a delegation from the International Monitory Fund (IMF) for a bailout.

According to him the NPP government has proven beyond doubt that there’s the need to seek for support from the IMF and not because the economy has been mismanaged.

“Ghanaians should bear with us as we face global crisis. They should consider what the government was able to do pre- COVID 19 and juxtapose that with what the economy has been like during and after the COVID-19 pandemic. A clear example is the teachers demanding for a 20% Cost of living allowance. These were the same people who were paid during the height of the pandemic while they were home; meanwhile that wasn’t the case everywhere-in some countries the teachers were not paid’’, Mr. Kwakwa said.

See also  ‘The Struggle Is Real’ – Gabby On Ghana’s Economy

He added that “the IMF bailout doesn’t mean the economy has been mismanaged but is as a result of the global crisis and we must brace ourselves for the meantime as government works assiduously to get the economy back on track”.

See also  NPP Is Only Good In Sloganeering – William Atamudz