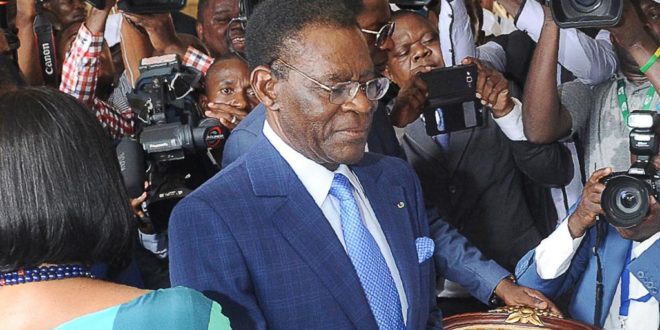 Parliament in Equatorial Guinea has approved a move to bring forward the presidential election to November, instead of 2023.

This means political parties have less than four months to prepare.

It follows the Congress’ authorisation for the government to merge the presidential election with legislative and municipal elections.

Congress said this was needed in a context of significant economic constraints.

The 80-year-old President Teodoro Mbatsogo has ruled the country since 1979 and is constitutionally allowed to run for a sixth term, although he is yet to declare his candidacy.

Political opposition is barely tolerated and severely hampered by the lack of a free press, as all broadcast media is either owned outright by the government or controlled by its allies.