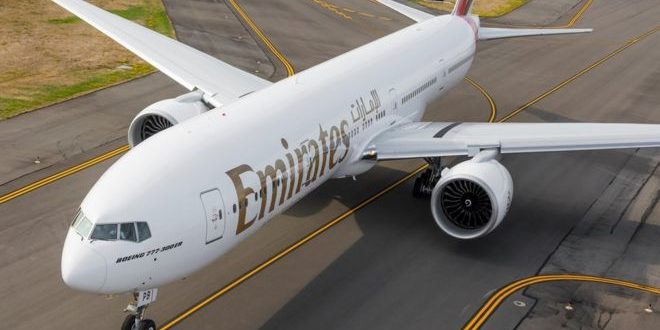 Emirates has from Thursday suspended flights to and from Nigeria for 10 days.

The Dubai-based airline says it has not been able to repatriate funds from the West African country.

Before the suspension, the airline had reduced its flights in Nigeria from 11 to seven per week.

It had earlier indicated it would stop flights from 1 September “to limit further losses and impact on our operation cost”.

Last week, the Central Bank of Nigeria released $265 million to airlines operating in the country to prevent a crisis in the aviation sector.

The shortage of the dollar has made it difficult for the bank to settle the debt.

British Airways too, has reduced its flights over failure to recover funds.

America’s Delta Airlines says it will from 4 October suspend flights from New York to Lagos due to low demand.

Previous It Takes A Magician To Feed Someone With Less Than GHS1 – NUGS Tells Akufo-Addo
Next Fact Check: Atwima Mponua MP Has Not Cut Sod For Any Astro Turf Project At Kwanfifi.