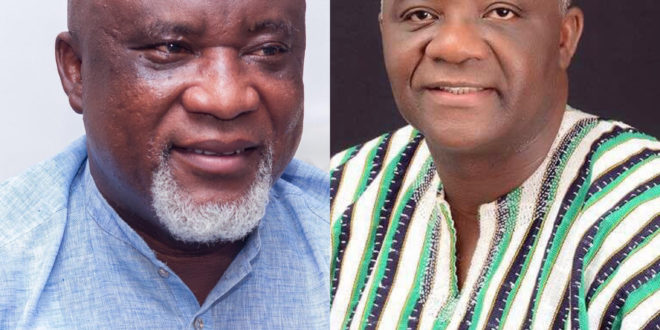 The office of the former member of

RE: HOPESON ARDOYE SHOULD NOT DRAG FRANCIS ADDAI-NIMOH’S INTO HIS UNSAVOURY COMMENTS

The attention of the Office of Francis Addai-Nimoh has been drawn to an interview by Hopeson Ardoye on Asempa FM’s Ekosiisen show in which he sought to justify his infamous statement about Northerners with what he claims to be a comment by Hon Francis Addai-Nimoh when the latter appeared on Ekosiisen.

For the avoidance of doubt, Hon Francis Addai-Nimoh while appearing on the said show never made any statement similar to that of Hopeson Ardoye either directly or even by inference. Rather, Hon Francis Addai-Nimoh in demolishing the arguments of the proponents of an imaginary ‘queue’ and a nonexistent rotational leadership as per the philosophy of Danquah-Busia-Domba stated as follows: 1. that, if there were to be a leadership queue, then it’d be the turn of Kofi Konadu Apraku, who first contested with JAK, Nana Addo, JH Mensah, Malik Alhassan and Lawyer Kodua in 1998 flagbearership race of NPP, and 2. relative to the rotational leadership theory, he argued for a Linear Leadership formula, where Danquah is placed to the right of Busia and Dombo to the left of Busia linearly, if at all there should be any formula. But this does not exist, he emphasized!!!

As a unifier, who is pensive in his pronouncements, he wouldn’t be seeking to consign the Dombos to a second place in our party. To be categorical, Hon Francis Addai-Nimoh is not an adherent of any of those theories of who is next in the queue. He believes in competence, unity, and an all-inclusive NPP that gives equal opportunities to everyone regardless of their ethnicity, religion, gender or creed. To this extent, we admonish Hopeson Ardoye not to use name of the magnanimous Francis Addai-Nimoh as a shield against the tirade he is facing currently.

See also  We Have Endorse Owusu Afoakwa Godfred As The Next NDC Deputy Communication Officer For Bosomtwe – Delegates Assures.

We ask all and sundry to ignore the mudslinging attempts aimed at tarnishing the hard-earned reputation of Hon Francis Addai-Nimoh. His interview with OB on Asempa is available for all to crosscheck.

Francis Addai-Nimoh continues to stand for unity as a sine qua non for breaking the eight.

Previous “I’ll Give My All To Whoever Becomes Our Flag-bearer” – Staunch Bawumiah Campaigner, Alhaji Ali Suraj.
Next Ghanaians Have Lost Trust In The NPP; Nobody Can Break The 8 For Them – Political Science Lecturer [Audio]