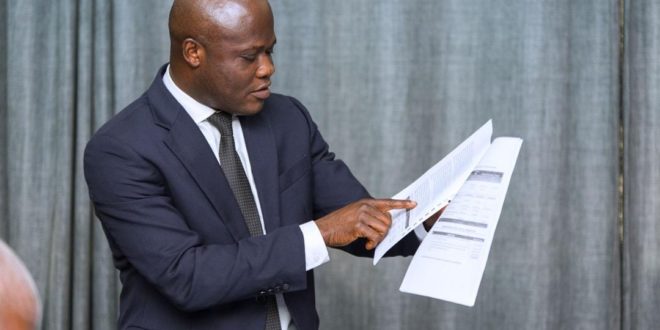 District Assemblies Are Being Cheated And Betrayed By The Government – Hon. Ahmed Ibrahim

The Member of Parliament for the Banda constituency who doubles as Deputy Minority Chief Whip, Hon. Ahmed Ibrahim has said that the government has refused to fund district assemblies on their operations.

According to him, the Akuffo Addo government and his party, the New Patriotic Party have trained its parliamentarians and executive officials to write and speak out very good plans for the various assemblies yet do not back it with action by doing otherwise.

He added that it was unfortunate for the government to have added 45 new district assemblies to the 216 that existed before with sugarcoated words of bringing development to the grassroots only to disappoint them.

He also said that the constitution mandates government to spend 5% of taxpayers’ money on the district assemblies yet the government refuses to do that and most times uses the money for something else.

He explained that most local government officials try to fake being absent from the office in order to escape debt collection.

He stressed that the government lied about believing in local governance because it has not paid monies owed outgoing District Chief Executives and also, the appointment letters of newly appointed ones are being delayed by the government to escape paying them.

He made this statement when speaking on Accra based- Okay FM morning show monitored by TodayGhanaMedia.com