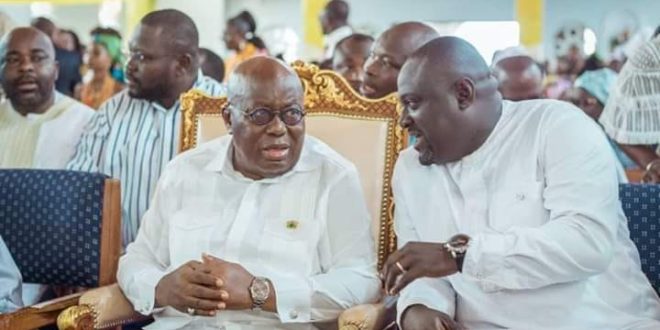 A former New Patriotic Party (NPP) Member of Parliament for New Juaben South, Mark Assibey-Yeboah has explained why government debt restructuring will lead to haircuts on principal and interests on domestic bonds that have been restructured.

According to the one-time Chairman of the Finance Committee of Parliament, even though the government is refraining from using the term haircut on losses that will be recorded by bondholders, the reality is that the modalities will ultimately lead to losses to investors.

Asked about the issue of losses on principals of domestic bonds, he explained: “The future value if I have one million cedis in bonds due to mature in 2026 and you apply these four types of distribution, it is not the same.

“So may be government is not calling it a haircut but I am saying that my one million or whatever investment will not be the same when I realise it in 15 years,” he stressed.

On the issue of interests to be paid on the bonds, he said the spread over the four periods as announced by Minister of Finance Ken Ofori-Atta will lead to haircuts ‘stricto senso.’

“All these bonds have interest on them, so that you are paid coupons… the average rate of all of these bonds in the system is about 22%.

“So, if you consolidate all of them into the four types…. If you look at the fact that the average interest rate on existing bonds in the system is about 22% and we are coming down to 10%, then that will be a haircut stricto senso,” he submitted on Citi FM’s Eyewitness News, December 5.

His views are consistent with that of economist and Political Risk Analyst, Dr. Theo Acheampong, who in responding to NPP member Gabby Asare Otchere-Darko’s tweet that read
“There will be no haircut on the principal of your domestic bonds,” clarified: “That’s NOT TRUE, boss.

“The Fin Min said treasury bills are protected (full redemption) but other local debt instruments (e.g. fixed dep., bank debt holdings) are to to be exchanged for 4 instruments with different maturity dates & coupon payments. So there are implicit haircuts!”

He stated in a 4-minute address that the announcement was in line with government’s Debt Sustainability Analysis as contained in the 2023 budget he presented to Parliament on November 24.

The Minister laid out among others the exchange of existing domestic bonds with four new ones as well as their maturity dates and terms of coupon payments.

He also addressed the overarching goal of the government relative to its engagements with the International Monetary Fund as well as measures to minimize impact of domestic bond exchange on different stakeholders.

“The Government of Ghana has been working hard to minimize the impact of the domestic debt exchange on investors holding government bonds, particularly small investors, individuals, and other vulnerable groups,” he said before outlining three main measures:

• Treasury Bills are completely exempted and all holders will be paid the full value of their investments on maturity.

• There will be NO haircut on the principal of bonds.

• Individual holders of bonds will not be affected.