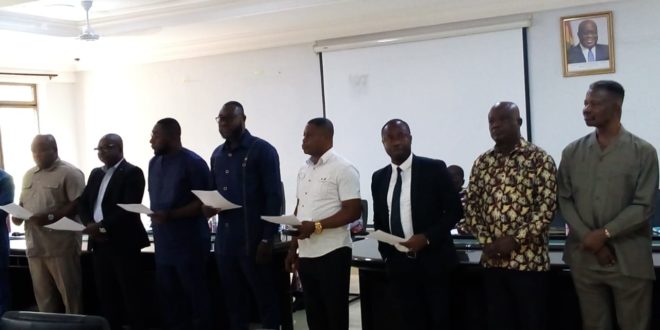 Companies Under GNCCI Laying Off Workers

The Ghana National Chamber of Commerce and Industry (GNCCI) says the high inflation rate coupled with high interest and depreciation of the cedis are depleting the capitals of businesses under the chamber.

According to GNCCI, profit margins of businesses have significantly dropped whilst some are running at a loss due to the precarious economic situation.

The Ghana National Chamber of Commerce and Industry also has revealed that some of its members are laying-off workers due to the high cost of doing business in the country.

According to the Chief Executive Officer of GNCCI, Mark Boadu Aboagye, one of its construction companies has dismissed about 160 workers since the beginning of the year.

He explained that the high inflation and interest rates are depleting the capital of businesses therefore the chamber will continue to engage managers of the economy to fix the situation to avert further consequences.

“The challenges we are facing now as a country are one; depreciation of the currency. The cedi at the beginning of the year was just about Ghc6 now it is running into Ghc10 so if you are a businessman or businesswoman and you have a dollar-denominated loan or you are importing part of your Capital has been depleted. It is gone! So interest rate is going up, inflation is going up, all these things are affecting businesses”

Speaking at the inauguration and swearing-in ceremony of new Council Members and Regional Executives of the Koforidua Regional Branch of the Chamber, the National President of GNCCI Mr. Clement Osei Amoako indicated that the activities of the Chamber have been hit by the high inflation and interest rate as well as the depreciation of the cedis.

The president of GNCCI revealed that the rapid increase of prices of goods and products and the depreciation of the cedi to the dollar has widely affected private businesses hence accounting for the reduction of profit margin and increase in expenditure which ends up collapsing some private businesses.

He said the impact of inflation on some basic needs like food, fuel, transport, and utilities should be a wake-up call on all of us as citizens to support the chamber and the government to ameliorate the rapid inflation rate in the country.

On the other hand, the newly Chairman-elect for the Koforidua branch of GNCCI, Mr. Oware Stephen said the instability of the dollar rate controls the prices of goods and products in the country hence he refuted the claims of shifting the blame on traders regarding price increment of goods.

Adding that more factories should be established in the country to strengthen the manufacturing sector so that we reduce importation and encourage the exportation of our locally produced goods to help control inflation in the country.

Therefore as a new chairman elected together with the council members and the regional executives, they intend to collaborate with the government, philanthropists, and individuals to work towards the establishment of locally manufacturing companies in the Eastern region.

The Gyaasehene of New Juaben Traditional Area Nana Twumasi Darkwah also said government support to the private sector is critical with regards to job creation looking at the teaming number of youth graduating out of school with the introduction of the free SHS policy.

He said without the private sector, government alone cannot absorb and employ the large number of graduates coming out of school therefore the need to support the Ghana National Chamber of Commerce and Industry (GNCCI) to expand their activities to complement the government to help fight unemployment in the country.