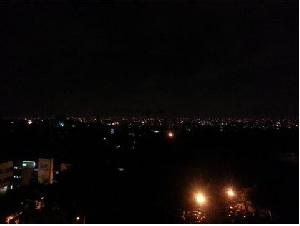 A group of unknown cable thieves has reportedly invaded Kumasi, the Ashanti Regional capital, with their illegal activities.

These hoodlums have started a grand operation of stealing electricity cables that are connected to the street lights in the city.

Their actions have led to several streets in the city being plunged into darkness especially at night, creating security problems.

The Kumasi Mayor, Sam Pyne, who confirmed the report on Abusua FM, bemoaned that the cable theft is indeed biting the city very hard.

According to him, cable theft was rampant all over Garden City but Nhyiaeso Constituency was the worst affected area.

“Yes some of the streets look dark at night due to the lack of street lights but the problem is being caused by some unknown cable thieves.

These people are mainly operating in the Nhyiaeso Constituency which is why some of the streets in that area look dark at night nowadays”.

He said Stephen Amoah aka ‘Sticker’, the Nhyiaeso Constituency MP, has told the KMA to use part of his common fund to replace the stolen cables.

Sam Pyne, who was speaking with Kojo Marfo, noted that the KMA has teamed up with the security agencies to arrest the cable thieves.

According to him, the arrest of the cable thieves would surely lead to Kumasi looking brighter than ever, especially during the night hours.

Previous KNUST Management On Accreditation Breach : ‘We Have Been Running These Programmes For Over 70 years’
Next Two Dead, Others injured In A Tricycle Accident At Sefwi Afariwa