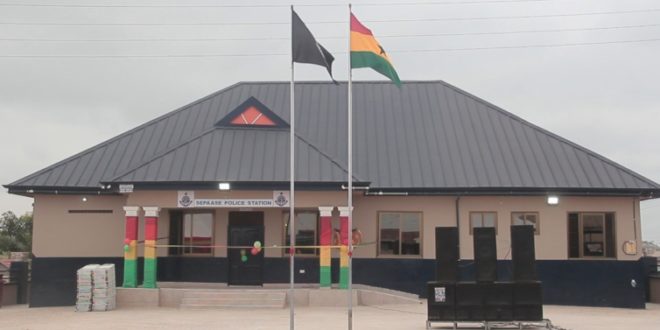 The 12th of August, 2022 was a wonderful day for the people of Atwima Sepaase as a Police Station was commissioned to serve the security needs of the inhabitants and its environs 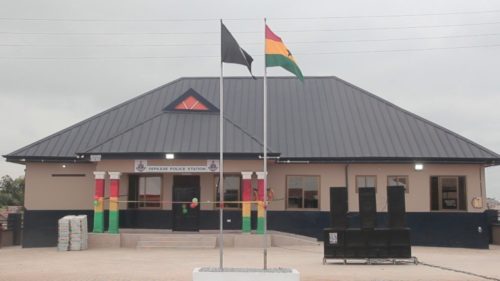 Regional Minister Simon Osei-Mensah, who also oversaw the commissioning of the police station says, the building came at a time when the country wants to combat any crime. 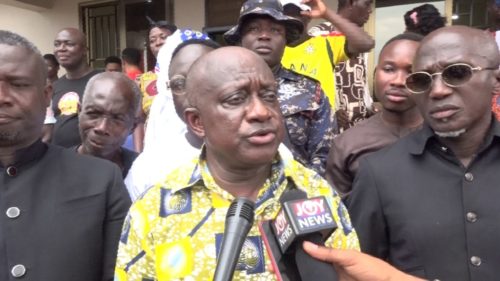 The building was constructed by the Atwima Nwabiagya South Municipal Assembly as part of efforts to combat criminal activities.

Given the growing risks from terrorism, the minister said that it is crucial to improve the security situation in the country.

According to him, increasing security services at the local level will strengthen and advance the country’s fight against insecurity. 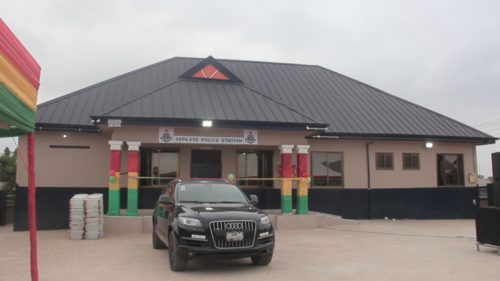 “It is very important because, considering the terrorist threat that is facing this country, security within the country must be enhanced and improved. So if you have people bringing security or the police service to the doorstep of the people, it’s an important milestone that we have to all celebrate,” he said.

“The community should provide the needed information that will enable the police work effectively and we plead with the police that they should also cooperate with the community and I’m sure if they do that it will be the benefit of all of us,” he urged.

The regional minister also notes that, even if there are still security-related issues in the region, things have changed dramatically since 2017, which has reduced the frequency of highway robberies and other similar crimes.2

Mr. Osei-Mensah also issued a strong warning against youth in the area engaging in acts of vandalism and hooliganism, stating that such behavior would not be tolerated.

According to Emmanuel Agyei Anhwere, the Member of Parliament for the Atwima Nwabiagya South Constituency, the area had a perilous security condition, necessitating the assembly’s prompt response to the public’s demands by building the police station.

“The security situation was so bad and that informed the construction of this very building. It was so bad that the lawlessness was getting out of hand, so I think that to ensure security and to ensure peace and tranquility within the community, it’s important that we get this structure so that at the end of the day, there will be that shared responsibility between the police and the citizenry,” he stated.

While praising the municipal assembly for its dedication and commitment to the development of the area, the Otumfour Assinhene for the Area, Nana Yaw Akuoko, made a plea for professional and tough officers to be stationed in the community.

The chief urges officers to deal with anyone, even any chiefs who may show up asking for the release of suspects after they have been arrested.

The Municipal  Chief Executive for the area, Hon. Amoah Awuku said this newly built Police Station  will help bring development to the people and help promote peace and stability by a way of reducing the police and citizen ratio and to combat the increase in crime in the society.

Municipal  Chief Executive Hon. Amoah Awuku
This edifice was handed over to the Ashanti Regional Police Command which was represented by the Deputy Regional Commander ACP Annor Arhin.