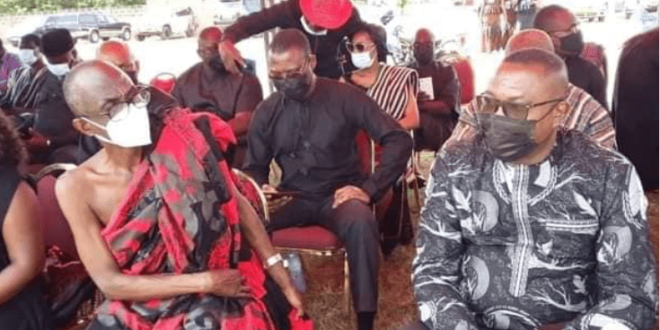 He cut short his campaign tour of the Volta Region to attend the ceremony which took place at the Jubilee Park in Koforidua in the Eastern Region.

Mr Asiedu Nketiah was accompanied by the Eastern Regional Chair Mark Oliver Kevor, Regional Women’s Organizer and other executives of the party in the region.

The two gentleman are contesting for the National Chair position of the NDC in the national delegates congress slated for 17th December 2022.

The one-week memorial event was virtually turned into a rally ground after Mr Asiedu Nketiah arrived when scores of party supporters welcomed and cheered him.

He made an individual donation to support Mr Ofosu-Ampofo to organize the funeral.

Mr Ofosu-Ampofo announced the death of his mother which occurred on Monday the 31st of October 2022 at Koforidua Regional Hospital”.

In statement, he said, “It is with extreme sadness that I announce the death of my beloved mother Mary Gyawubea Badu (Popularly known as Auntie Mary) in the early morning of today Monday the 31st of October 2022 at Koforidua Regional Hospital”.

“She was 84 Years. May Her Soul Find Eternal Rest.”