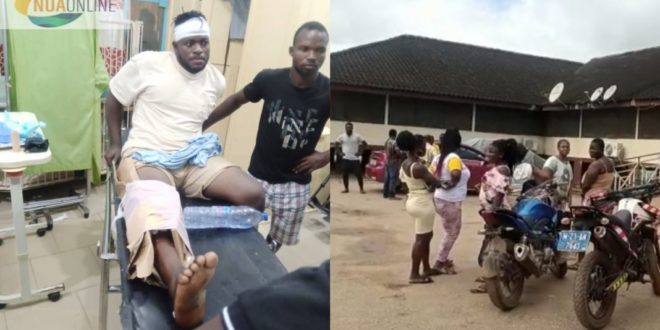 The soldiers according to reports were on a hunt for some galamseyers who had gone to mine on some old pit belonging to Mensin Gold Bibiani Ltd.

Among the four shot were one Kwadwo Agyapong aka Baako. He sustained four shots. Another, Bewu, was also shot as well as 31-year-old Fusseini Issah.

The two teenagers are both at the Komfo Anokye Teaching Hospital receiving treatment.

According to Freelancer Emmanuel Sowah, the Bibiani Old Town residents are at arms length with the Mensin Gold Bibiani Ltd over some relocation for the residents whose lands have been taken by the gold mine.

The residents say they were supposed to be relocated to a different territory but have been left at the old place where they are disturbed by the mining activities.

The police are currently investigating the issue whilst the residents are calling on the government restore calm between the community and the mining company.

Previous My Tenure Is Not Over, Stop Sabotaging Me – Underfire Ofosu-Ampofo Slams Asiedu Nketia
Next NABCO Trainees React To Government’s Payment Of One Out Of The Ten Months Arrears Owed Them