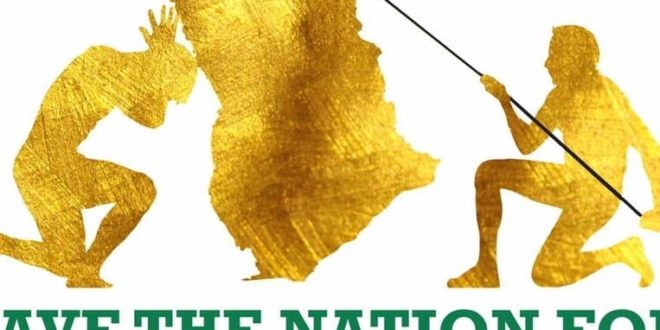 Apologise To Military High Command – SNFL To Minority In Parliament

The Founder and President of Save the Nation for Future Leaders (SNFL), Mr. Kwadwo Atta Apeakorang, has taken a swipe at the Minority in Parliament.This follows the minority’s criticism against the Military Command following the alleged maltreatment of some galamseyers by military personnel.

According to him, the minority did not criticize but attacked the Military High Command, describing their actionas completely unwarranted.

Consequently, Mr. Appeakorang charged the minority to render an unqualified apology to the military high command.

He stressed that such a move would restore the trust and respect the good people of this country have for them [the minority].

That notwithstanding,  Save Nation For Future Leadrs president who was speaking to Daily Analyst in an interview condemned what he described as the inhumane treatment meted out to those galamseyers.

In his view, the military was helping to clamp down on galamsey which practice continues to pollute many of the country’s water bodies and its environment.

He further added that the activities of galamseyers were not only destroying the water bodies, but more importantly, its negative effects on arable agricultural lands were just worrying.
The ripple effect, he said, will be shortage of food, and thus urged the military to step up their activities in the fight against galamsey.

Rather than vilifying the military, he called on the government to support the military with the necessary logistics to instill some level of respect and order amongst the citizenry.
“If our water bodies will be protected at the expense of a life, it will be better than destroying a whole generation,” Mr. Apeakorang emphasised.

Recently, the minority in Parliament during a press conference demanded an independent probe into allegations of torture meted out to suspected illegal miners arrested on the concession of AngloGold Ashanti.

According to the Ranking Member of the Mines and Energy Committee, John Jinapor, the military perpetrated the act that left much to be desired.

Mr. John Jinapor, who addressed the press in Parliament, condemned, what he calls the selective treatment of foreigners as against Ghanaians in the fight against illegal mining.

“Foreigners are always being treated with kid gloves and in some instances, the law is compromised to favour these foreigners when they fall foul of the law. You will recall the infamous incident involving a Chinese Galamsey Queen, Aisha Huang. Rather than prosecuting her, the state unilaterally discontinued the case in court on a very flimsy and baseless excuse.

“This clearly demonstrates the double standards being practiced by the Akufo-Addo Bawumia-led government. The Minority wishes to therefore call on the government to as a matter of urgency constitute an impartial investigation into this dastardly act, and whoever is found culpable must face the full rigours of the law.”

The incident saw young men laying in the mud with some men gun-wielding men in military uniform.

Tags Minority in Parliament Save the Nation for Future Leaders

Previous “Lack Of Desks Making Teaching And Learning Difficult In Our School” – Headmaster Cry Out
Next Why NPP And Atwima Nwabiagya South Delegates Must Retain Emmanuel Agyei Anhwere As MP, To Break The 8