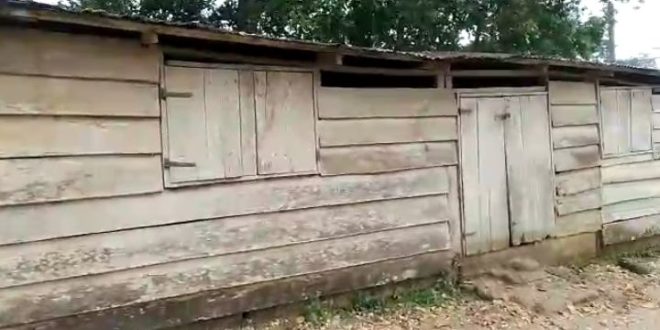 Some residents in the Akyem Wenchi in the Denkyembour District of the Eastern Regionn have disclosed that, they are still expecting the former Member of Parliament for Akwatia Constituency  and also former Eastern Regional Chairman of the ruling New Patriotic Party (NPP), Kiston Akomea Kissi  over 10 years abandoned 6 units classroom blocks at Akyem Wenchi R/C Basic school.

Speaking to Ahenkan Fm and TodayGhanaMedia.com reporter, they said, he [Kiston Akomea Kissi ] commenced the project during his administration as MP for Akwatia constituency under former President Kuffour era.

The people of Akyem Wenchi noted that, because of the abandoned project, their children study in a wooden death trap structure which brings startles to them. 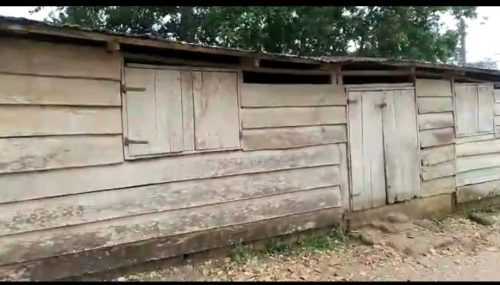 According to them, teachers are refusing posting to Akyem Wenchi R/C Basic school due to the deplorable condition of the school.

“Most of the teachers have over the years taken transfers to different schools in the district as condition in the school continues to deteriorate’.

Also, the lack of teachers bungalows in the community is a demotivation as teachers had to trek several miles everyday to school.

The residents have asked the NPP to blame themselves and the immediate past regional chairman if they lose more votes come 2024 general elections, saying the party has failed to honor their promises of completing the 6 units classroom blocks for their school children.

According to them, the  deplorable condition of the school in the community  have become a serious setback breeding apathy among some core members of the NPP in the area.

Play the audio below for more details

The Assembly man for Akyem Wenchi Electoral area, Hon. Charles Ntiamoah said several letters have been sent to the District Assembly, however nothing has been done about it.

He therefore called on the former Eastern Regional NPP Chairman and the government to come and complete the project to save the lives of the students in the death trap wooden structure block.

Previous Callum Hudson-Odoi Set To Leave Chelsea
Next Ghana Needs A Businessman As President; Our Problem Is Leadership – Fmr. Governor Of BoG