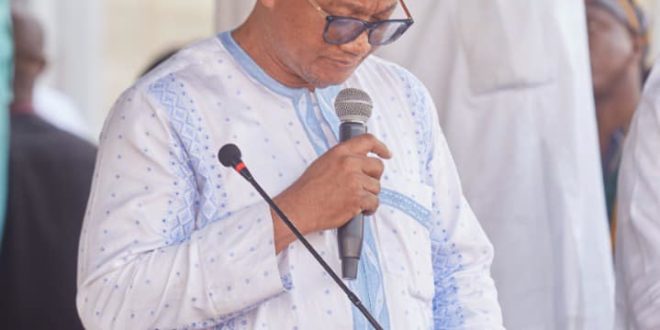 NPP-Government Has Prioritized Zongo Development Than Any Government – Zongo Coordinator

The Coordinator of the Zongo and Inner City Development Secretariat and former Member of Parliament of the Offinso South, Hon. Ben Abdallah Banda has stated that, Akuffo Addo’s government and the New Patriotic Party has prioritized the development of Zongo areas than all previous governments.

According to him, the vision of the president to see equal and fair distribution of development in the country made him set aside a ministry or funding agency for the development of Zongo and its inner cities.

He said that, this has since minimized the high rise of social vices in the Zongos and has brought massive improvement from 2018 till now.

He added that, the perception that people living in the Zongo and inner city areas are poor is not true because they are very hardworking and business minded yet lack development because their ancestral settlers prevented their wards from accessing schools.

He also explained that, the first settlers developed poor and slum-like accommodations because they were traders who thought of only temporary settlements instead of the permanent one we see today.

He also said that, the Akuffo Addo government has initiated a policy to build an Islamic Senior High School in every region of the country.
He stressed that, the government together with the Zongo and Inner City Development Secretariat as well as some Non-governmental Organizations who are partners are collaborating to improve the lives of the people in these Zongo and Inner city areas.

Previous Why NPP And Atwima Nwabiagya South Delegates Must Retain Emmanuel Agyei Anhwere As MP, To Break The 8
Next Achiase MP Gifts 70 Sewing Machines And Cash To Boost Lives Of His Constituents