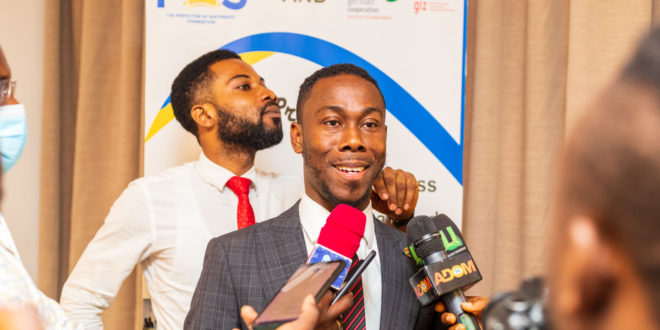 POS To Gov’t: The Public Health Concerns of Marijuana; Grant Amnesty To Prisoners Of Drug Use

As recreational marijuana use becomes a legal reality in more states, policymakers are adapting longtime tools for preventing substance misuse to safeguard public health, including protecting youth from harmful effects.

As part of  Media Service and Perfector of Sentiments Foundation (POS)   collective responsibility to contribute to the promotion of policy reforms in the drug policy space, a day’s training workshop was organized in Accra for judges from the lower and high Courts, on the theme;
“Understanding The Narcotics Control Commission Act (Act 1019), The Role of Law Enforcement and Prosecutors In Health, Right Based Practices In Handling People Who Use Drugs in the implementation of the Act” .
The workshop, which was in collaboration with International Drug Policy Consortium (IDPC) with funding from Open Society Initiative For West Africa (OSIWA) brought together Journalists  from various Media Houses in the Eastern Regions for training and deliberations on ensuring effective implementation of the Act.

The Excutive Director for Perfector of Sentiments Foundation, (POS), Jonathan Osei Owusu, has stated that drug use must be seen as a public health and human rights matter rather than it been criminal.

He said that Ghana should treat marijuana dependence as a public health issue rather than focusing on law enforcement, incarceration, punishment and repression.

According to him, a person seen with marijuana should not be jailed for three to five years according to the PNDC law 236, adding that there is reforms on going.

He indicated that his foundation has not legalized weed but marijuana use not trafficking or trade should be considered as public health.

He also noted that, ” drug use is a public health matter and a human right issue per the new Narcotics Control Commission Act, 2020 (Act 1019).  And so , we should see some mercy for those who are already imprison”

Speaking at a media engagement on Friday, 29th July 2022 at Koforidua, he urged the media to speak in a clear language to the understanding of the people.

He also thank all stakeholders and partners for making this workshop a massive success.

The Eastern Regional Minister, Hon. Seth Acheampong also said that, he is happy they were able to pass Narcotics Control Commission Act 2020 (Act 1019) during his time in parliament as the Chair for parliamentary committee for defense and interior.

He added that, the law does not run away from substances that would cause damage to the human body.

He commended the group for such engagement towards marijuana.

On Friday, 20th March 2022,  the Parliament of Ghana passed the Narcotics Control Commission Bill into law. This brought great excitement to many who have been following the legislative process since 2015, when the Bill was first introduced. Many civil society organizations (CSOs) in Ghana laud the Government for this significant moment in the history of drug policy reform in the country. The new law makes huge inroads towards more humane drug policy, and will pave way for other good examples to emerge in the sub-region.

One of the stated purposes of Ghana’s new drug law is to treat drug use and dependence as a public health issue. The new law has converted the prison term for drug possession for personal use into a fine of between 200-500 penalty units (translating to GHC 2,400 – 6,000). This does not mean that drug use has been legalised, as portrayed by some media outlets. It means that instead of sending people to prison for up to 10 years for simple possession of drugs for personal use, they will offer alternatives to incarceration.

“The fundamental goal of drug policies should be to improve the health, safety, security and socio-economic well-being of people by adopting appropriate measures to combat illicit crop cultivation and use of narcotic drugs and psychotropic substances, as well as its associated substance,” a report on the Bill said.