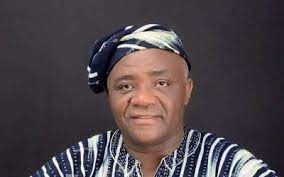 The attention of the former Member of parliament for Asante Mampong and New Patriotic Party Presidential Candidate hopeful, Hon Francis Addai-Nimoh  has been drawn to several fictitious, fake and fraudulent Facebook accounts in operation with names purporting to be that of Hon Francis Addai-Nimoh , deceiving unsuspecting members of the general public to apply for some fake jobs, loans  and protocol facilitation into various government institutions like the police, military, GES, etc .

The demon infested scammers in their desperate attempts to defraud innocent citizens are using strange Facebook names such as , Hon Francis Addai-Nimoh.

The criminal behind the account operates by promising unsuspecting individuals protocol facilitation into various government institutions like the police, military, GES, etc at a fee. He/she also promises loans amongst other juicy, but fraudulent offers.

It is to be noted, and for the avoidance of doubt, that Hon Francis Addai-Nimoh doesn’t engage in any of the above-mentioned deals neither does he believe in cutting corners. His official facebook page doesn’t engage in private conversations with individuals, and that, the page is purely for informational and educational purposes.

Everyone is thus advised to be cautious dealing with – and totally ignore – any person/s purporting to offer shortcuts, protocols, loans, etc in the name of Hon Francis Addai-Nimoh as anyone doing this, would be doing so at their own risk.

We appeal to the general public to report any suspicious account to the police or the Office of Hon Francis Addai-Nimoh for appropriate action.