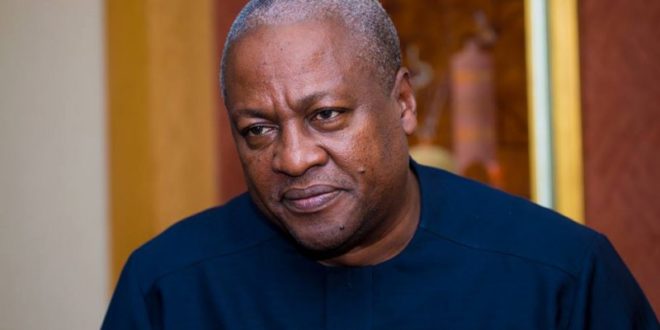 The former President of the 4th  Republic of Ghana, Mr. John Dramani Mahama, has stated that Ghanaians are learning their lessons after voting him out in the 2016 general elections.

Mahama said Ghanaians listened to the “sweet talk” of President Akufo-Addo and voted him out of power.

Mahama made these statements in an interview with Uganda-based NBS Television.

According to Mahama, Ghanaians are beginning to see the difference in transformation of the country under his leadership and that of the current government.

See also  NDC Is A Better Alternative To Govern The Country, Says Mahama

He said Ghanaians now attest to the infrastructural development that took place in the country during his tenure.

He revealed that it’s been around six years so far but the country is in crisis.

“When someone new comes along and sways the people with sweet talk, and you are voted out, you let them learn. And Ghanaians today are learning.”

“If you ask Ghanaians today to assess my four years as President, they will tell you there was a lot of transformation in the country, especially in the field of infrastructure,” Mr. Mahama said.

“It’s been around six years so far. The country is in crisis. We are running into debt. The government has borrowed in excess of GHC270 billion, and there is nothing to show for it,” excerpts of his interview said.

Mahama has still not declared his candidacy for the NDC presidential primaries in the 2024 polls.