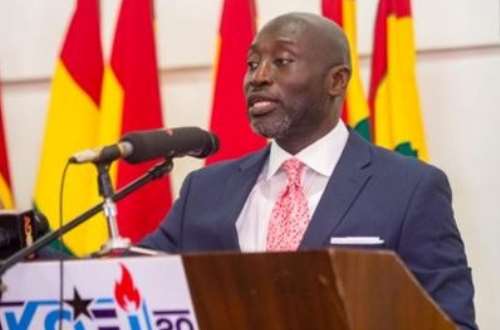 The 2024 Independent Presidential Hopeful, Mr. Kofi Koranteng is calling for the removal of Vice President Dr. Mahamudu Bawumia as the chairman of the Economic Management Team (EMT) of government.

Addressing the media at a press conference in Accra on Tuesday, July 12, 2022, Mr. Koranteng argued that the government’s move to seek help from the International Monetary Fund (IMF) is a clear indication that the Vice President failed as chairman of the EMT.

According to the presidential aspirant in the run-up to the 2020 general elections,  if Dr. Mahamudu Bawumia fails to do the honourable thing to resign, all 275 Members of Parliament must use any available means to have the vice president removed from the team.

“On the cusp of yet another mortgage financed by the IMF with guarantees provided by the future blood, sweat, tears, and toil of every working Ghanaian, I am here to call for the resignation of Vice President, Dr. Mahamudu Bawumia, as the chairman of the Economic Management Team.

“Barring his willing resignation, I call on every Member of Parliament to act for the good of our Nation and remove him from office,” Kofi Koranteng told journalists at his press conference.

Touching on the current state of Ghana’s economy, the presidential aspirants noted that Ghanaians must not see the National Democratic Congress (NDC) as an alternative to the failed New Patriotic Party (NPP) government.

In his view, both the NPP and the NDC are responsible for the ‘hole’ Ghana finds itself.

He added that the blatant and systematic pilferage of the riches, resources, and labors of Ghana and its people have been and continue to be perpetrated by the NPP and NDC.

He further called on Ghanaians to give him the support to save the country from the mismanagement of the two biggest political parties in the next general elections.

“I do not have all the answers to the problems of this Nation that has been infected by cancer of government malfeasance, but I do have concise viable ideas.

“I need all citizens and especially the youth of this Nation to join me in saving our Nation from the economic collapse that has been ignited by both parties,” Kofi Koranteng appealed.

Ahead of the 2024 general elections, the former Chief Executive Officer of the Progressive Alliance Movement who was disqualified from the 2020 exercise is preparing the grounds to contest for president.

Master Of Ceremony (M.C) available for all your events. 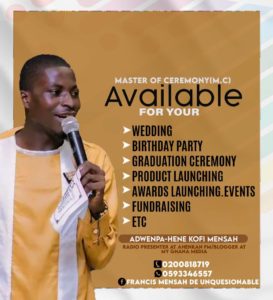