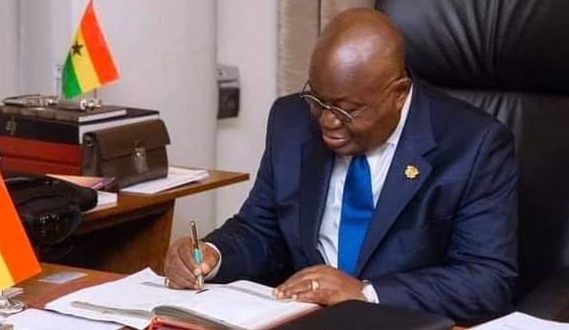 The Bono East Regional Secretary for the New Patriotic Party(NPP), David Boakye, has indicated that President Akufo-Addo has stated emphatically that the government’s move to seek for an International Monitary Fund (IMF) bailout should not affect any of government’s social interventions i.e, free SHS, planting for food and jobs, Youth In Afforestation, among others.

Speaking to Oheneba Nana Asiedu on Movement In The Morning Show on Wontumi Radio/Movement TV, a day after the retreat with President Akufo-Addo, government appointees and party bigwig, Mr. boakye dispelled rumors that the negotiations with the IMF will affect the social interventions of government, noting that the President was key on the social interventions stressing that none of it should be affected by the IMF move.

See also  Musah Superior: My Ambition As General Secretary Is To Empower And Poise The Deficiency System Of The NPP

“A calculation made by the Education Minister showed that the annual cost of the uniform for first year students under the free SHS policy costs over 40Million cedis therefore it was suggested during the retreat that the provision of school uniforms by the government should be scrapped for parents to buy it themselves but the President opposed; he indicated that absolutely nothing should be touched. He has the people at heart”, Mr. Boakye stressed.

This comes after it was rumored that the government’s social intervention like the free SHS, will be scrapped off as part of conditions by the IMF for a bailout, after President Akufo-Addo had instructed the Finance Minister to begin formal talks with the IMF on a support package.

A delegation from the IMF arrived in Ghana on Tuesday, 5th July 2022 and negotiations began the following day, Wednesday.