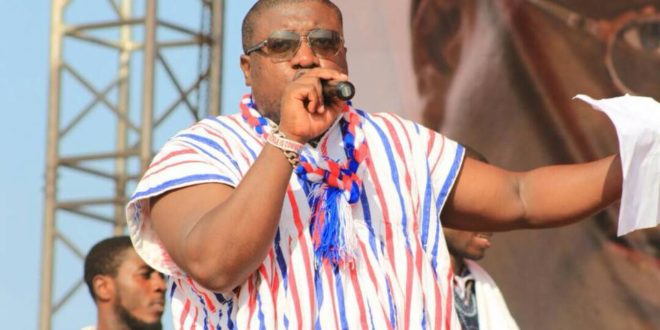 he New Patriotic Party (NPP) Youth Organizer for the Obuasi West Constituency, Bright Nyampong, has told Henry Nana Boakye popularly known as Nana B not to over burden himself to win the National Youth Organizer Position indicating his victory is assured.

He said, ‘’from the grounds everything shows Nana B will win the elections, he can decide to sleep and not campaign- he will win regardless. He is a visible and visionary leader. He is also a good communicator”.

He stated, ”Nana B is result oriented. As the Youth Organizer, he initiated several project that benefited young people. One of the them was the boot on grounds which brought together the NPP’s from the various localities to propagate the good works of President Akufo- Addo. He was able to help the people involved to understand the mission of the ‘Boot on Grounds’ to effectively send out their message.

See also  Khalifa Maikano To Dr. Bawumia: You And The NPP Gov’t Have Been Faithful To Us; We Shall Support You

He stressed that Nana B became one of the spokesperson during the time the party went to the Supreme Court and helped the grassroots to understand the fate of the party through the media.

“‘He built the youth wing and has projected himself very well to show he can do the job”, he concluded.