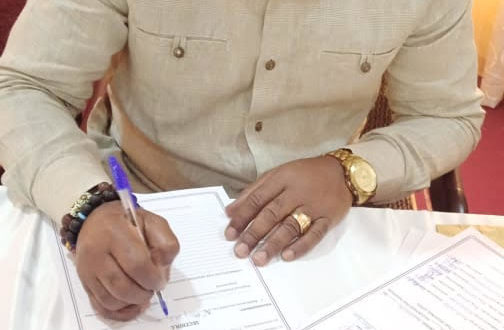 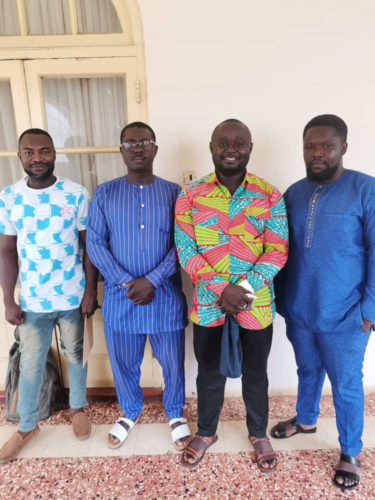 Chairman Odeneho Kwaku Appiah who is affectionately called COKA filed his forms at the Ashanti Regional Coordinating Council (RCC) on Monday May 16, 2022.

The nomination forms was however filed by a campaign team member for team COKA, Mr Keskin Opoku.

He was welcoled by a cheerfull crowd of supporters cald in NPP colours.

The forms were recieved by the Chaiman of Elections Committee, who doubles as the Ashanti Regional Ministers, Hon Simon Osei Mensah.

Speaking to OTEC News after filling the forms, Mr Keskine Opoku said it was obvious that Chairman Odeneho Kwaku Appiah Appiah is the one most delegates are rooting for.

He added that, he was very optimistic that COKA will win the Ashanti Regional chairmaship race which has been scheduled come off on May 28, 2022.

He however called on the NPP flaternity to avoid strife and acrimony in the coming primaries.

“Our aspiring candidate is a unifyer and so we expect all his supporters and the NPP family to avoid any act that will divide the party”. He said.

He holds a post-graduate from University of Professional Studies, Accra (UPSA) with strong background in Peace, Security and Intelligence Management.

He has worked in various fields and has gathered experiences which have spun the field of good governance, gender issues, youth work, general management and development.

He is an astute businessman and a private Business Executive who has spent over 20 years working in the management of business across the hospitality, construction, transportation, haulage services.

His managerial skills have enabled him to own several businesses in Ghana, as a result the Director, Longford Royal Group Limited and member of the Board of Directors for Electricity Company of Ghana (ECG).

He is a judicious politician who has held various political positions from the constituency and national and also serves on many committees.

He was the regional financial secretary during F.F Anto’s chairmanship, and currently the outgiong constituency chairman in the Afigya Kwabre South constituency of the Ashanti Region.