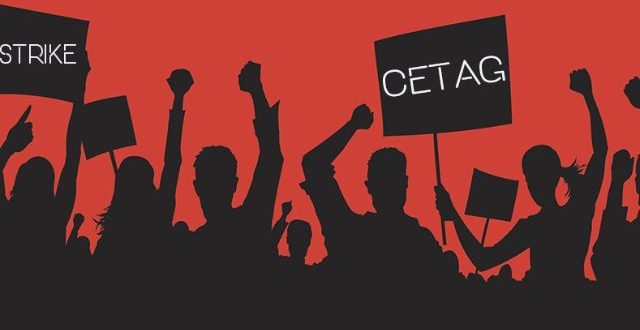 Forty-four out of the forty-six local branches under the Colleges of Education Teachers’ Association of Ghana (CETAG) have voted to continue with their ongoing industrial action.

The majority decision follows a plea by the Ministry of Education for the strike to be called off, after a meeting with leadership of the Association.

CETAG members vote to continue strike in spite of ministerial appeal
The Association says it is not ready to rescind the strike which has lasted for nearly a month until its demands for better conditions of service are met.

In a voting process, one of the colleges under the Association – Methodist College of Education – voted to suspend the strike for two weeks but would resume if their welfare concerns are not satisfactorily addressed.

The St. Louis College of Education is however yet to take a stance on the matter.

The Minister of Education, Dr. Yaw Adu-Twum in a letter to the Association, indicated that the pending issues would be resolved within two weeks after immediate suspension of the industrial action.

See also  If Assemblies Of God Tries To Be Like Pentecost, Our System Will Collapse – Rev. Stephen Wengam

“I reiterate the plea for the strike to be called off for further discussions on the following: the effective date of implementation of the conditions of service, generic allowances, compensation for all year round work and the determination of a road map for the staff audit,” he stated.

It would be recalled that on Monday,, November 14, 2022, teachers at the Colleges of Education laid down their tools in protest against the Fair Wages and Salaries Commission’s unilateral action to vary CETAG’s 2021 Conditions of Service to a later date.