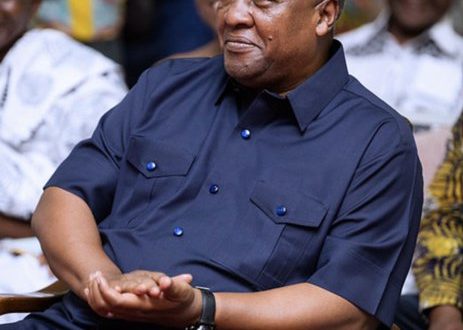 Mahama Explains Why He Said He Had Dead Goat Syndrome

Former President Mahama has explained why he said he had dead goat syndrome.

According to him, he used the idiomatic expression due to the frustration associated with the deregulation of petroleum prices.

This, he stated, is because he knew that if the fuel prices went up, the leadership of the Trades Union Congress (TUC) and other unions will not leave him in peace.

Mr. Mahama said he could not bear the mass labour unrest that was prevailing at the time.

“I was one of the most harassed Presidents by Organised Labour. That is what led to the dead goat syndrome… because when you kill a goat, you cannot frighten it with the knife again,” he explained during a lecture at Academic City University College on Friday.

See also  ‘Our Economy Has Lurched From Crisis To Crisis’ – Mahama

“I am the only government in the Fourth Republic where all organised labour came together and went on strike and shut down the country ….,” he added.

play the audio below :

He, however, stated that his comment was taken out of context by the then-opposition – New Patriotic Party.

It would be recalled that the ex-president in 2015 said he had become impervious to threats of strikes and demonstrations in Ghana and will not yield to any of such threats in the then upcoming election year.

Adopting what he calls a “dead-goat syndrome”, the President said he would not be hoodwinked by such strategies by workers.

“I have seen more demonstrations and strikes in my first two years. I don’t think it can get worse. It is said that when you kill a goat and you frighten it with a knife, it doesn’t fear the knife because it is dead already.

“I have a dead goat syndrome,” he told a Ghanaian population in Botswana where he was on a three-day official state visit.

The country, during Mr. Mahama’s tenure, experienced a number of strikes and demonstrations from workers, most of whom protested against poor conditions of service.

The Trades Union Congress was one of the many workers’ unions that were on the streets to protest the worsening economic crisis.

The President said such demonstrations are part of strategies by workers’ groups to tie the hands of government, especially in election years.

He noted that when governments yield to such threats, the economy and budget are thrown out of gear.