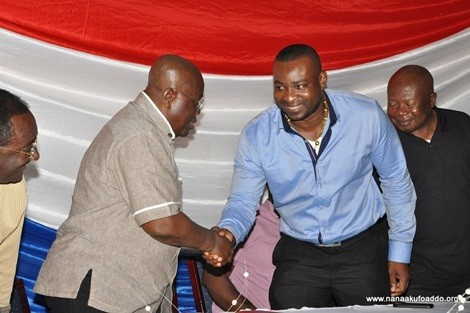 The owner of Akonta Mining Limited, Bernard Antwi-Boasiako, has called on all major gold mining firms to come together and endorse his proposal for a gold bank to be set up in Ghana just like farmers have an Agriculture Development Bank.

In a keynote address delivered at a strategic mining workshop held at Best Atlantic Hotel in Takoradi, Antwi-Boasiako, popularly known as Chairman Wontumi, stated that setting up a gold bank would be good for Ghana’s economy.

He explained that setting up a gold bank would be a foundation for investors and Ghanaians to be given huge loans for business operations, which would impact positively on the economy.

Chairman Wontumi stated that inasmuch as government is looking at profiting from the royalties they get from miners, it should look beyond it and endorse and work at establishing a gold bank for citizens to save with gold.

He also addressed the difficulties local large scale firms encounter, one being locating investors. He, therefore, called on government to extend a hand to their operations, adding that “without the support from government, it would be difficult for us to reach our goals. I am happy MIIF is here…it has to help the local large scale operators so that we can have funds for their operations.”

Chairman Wontumi indicated that if government supports the operations of local large scale miners, majority of the profits they make from the business will be retained in the country, unlike the foreign mining companies who take theirs outside the country.

He acknowledged that it was a privilege for Akonta Mining Limited, a large scale local mining firm to be part of the workshop put together by the University of Oxford, and was hopeful a gold bank would be established to strengthen the economy of Ghana.