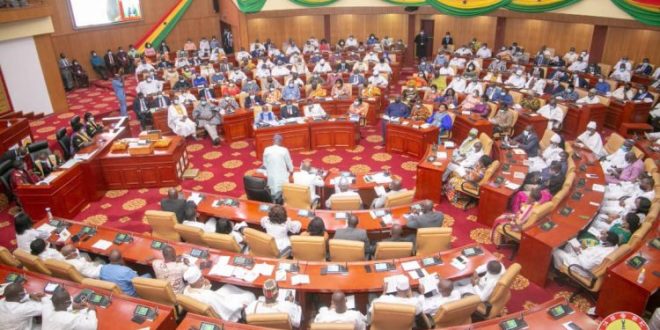 Parliament has approved the 2023 Budget Statement and Economic Policy despite opposition from the Minority on the revenue mobilization measures.

The House has been debating the statement since November 29, after it was presented by the Finance Minister.

During the final day of debate, the Minority group raised concerns about some of the revenue generation measures, including the removal of a threshold on the Electronic Transaction Levy and a 2.5% increase in VAT.

The approval paves the way for estimates for ministries, departments, and agencies, (MDAs) to be referred to the various committees for scrutiny.

Minority Leader, Haruna Iddrisu reiterated his call for the government to drop its decision to increase the VAT rate by 2.5 percent and scrap the E-levy threshold warning such a move will not get the support of the minority caucus.

“Mr. Speaker without going further we in the NDC minority group will fiercely resist and fight the imposition of this additional tax on Ghanaians and Ghanaian businesses because Mr. Speaker it will only exacerbate and increase the hardship they’re already going through, will increase the cost of doing business for many Ghanaians, and it will make it difficult for ordinary Ghanaians to cope,” Mr Iddrisu said.

See also  Parliament To Resume From Recess On Tuesday

But the majority leader Osei Kyei-Mensah-Bonsu said the 2.5% increase in VAT will go into the construction of roads.

See also  Afriyie Ankrah To Gov’t : Aside Ghana Team, Do Not Take Any Supporters To The World Cup