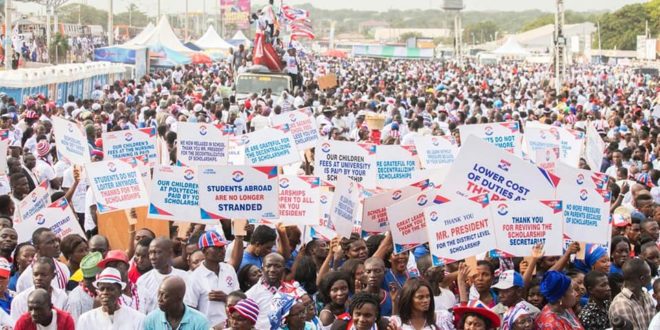 A member of the communications team of the New Patriotic Party(NPP), Saka Salia, has advised the national executive aspirants to desist from buying vote from delegates as there are laws in the country against it.

His comment comes after the elections committee headed by Peter Mac Manu warned aspirants against the exchange of money for vote as it has pledged to take care of delegates feeding, accommodation, and transportation.

Saka said, “the party has made a decision and that should respected. Whoever goes against the law will be dealt with- they should remember that there are laws in the country that is against bribery and corruption. As the committee has stated, transportation, feeding and accommodation has been taken care of-so if you give money to any of the delegates it clearly shows you are bribing them’’.

He added that monetization has become the basis of today’s politics.

‘’We need to design laws that make politics a risk venture. People should be made to face the law when they go against the rules and regulations regarding it. Unfortunately, party politics has become who has the million’’, he indicated.

He went on to say that sometimes people without ideas are made to lead because they have the money.

From the 7th to 15th July at the Accra Sports Stadium, delegates will elect the national officers for the various positions. The election committee has advised aspirants to remount bill boards at unauthorized spaces.

Previous Residents Abandoned Public Toilet For Fear Of Been Killed By River Deity
Next Every Ghanaian Has Benefited From NPP’s Policies – NPP Regional Com. Director