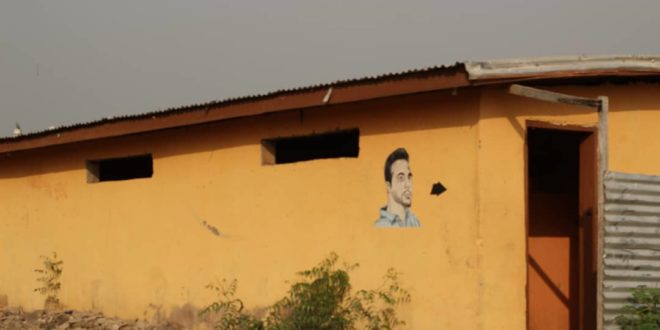 Residents of Ampabame No1 in the Atwima Kwanwoma District of the Ashanti region have abandoned a newly constructed KVIP public toilet facility to openly defecate for fear that they will be killed by a river deity if patronized.

The ultra-modern toilet facility built by the Chief and the Assembly Member of the area is sited close to the shrine of the river even though the facility was under construction before the shrine was moved to the current site.

The fetish priestess of the shrine is alleged to have said that the deity will kill the first five people who will use the facility if necessary rituals are not performed.

Because of the fear created, the Assembly Member for the area, Mr. Michael Ofosuhene said, even though rituals have been performed by the traditional authorities, the residents have still declined to patronize the facility and resorted to open defecation.

“The toilet facility is there, the Chief and his Elders have performed all the necessary rituals yet they don’t patronize it,” the Assembly Member said, adding that “they ease themselves in the bush and uncompleted buildings.”

Mr. Ofosuhene said a series of stakeholders’ engagements and public education have been organized on the need to patronize the facility yet residents have declined and defecated on roadsides and bushes.

See also  UTAG-UCC Sits Out Of Strike By Public Universities

Open defecation continues to affect most communities in the Ashanti Region. It is estimated that five million Ghanaians engage in the act daily.

The Sustainable Development Goal six(6) enjoins countries to ensure availability and sustainable management of Water and Sanitation for all by 2030.

Ghana’s efforts and interventions towards achieving this goal have been undermined by inadequate finance, Socio-cultural beliefs, and attitudes.

Previous Wearing Of Nose Mask Is No More Mandatory But Wear It When In Public Places – Ghanaians Advised
Next Saka Salia To NPP National Aspirants: Stop Buying Votes From Delegates