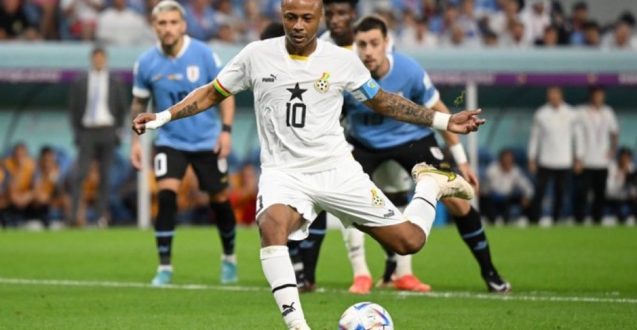 Every misfortune is a blessing in disguise is what social media users appear to trumpet Monday night as Brazil sent South Korea to the cleaners in their one-sixteenth game at the ongoing Qatar 2022 World Cup.

Why they thanked Dede Ayew

In Ghana’s final group game against Uruguay, the Black Stars needed a win to qualify to the one-sixteenth stage, and early on in the game, earned a penalty.

Captain, Dede Ayew elected to effect the spot kick. He missed the penalty, with Ghana going on to concede two goals later on. The game ended 2:0 in favour of Uruguay, who themselves failed to make it into the next round and ceded the spot to the South Koreans.

The game eventually ended 4:1 in favour of Brazil.

I believe we would have played better…. We ain't that bad … Blackstars tend to play better when they are playing against a strong team ….

Build a statue for Dede Ayew

This is how Ghanaians would have been crying if we had qualified 😂😂😂😂. Big ups to Dede Ayew🤝 pic.twitter.com/5XCXzDxK21