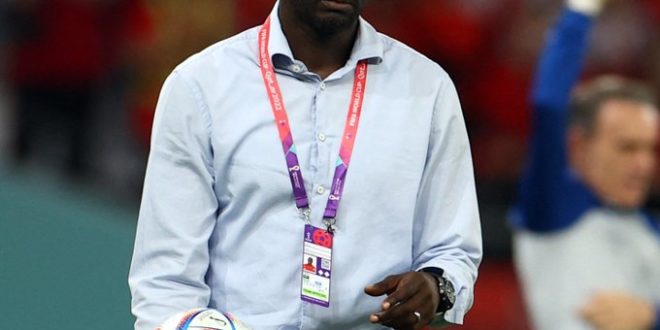 Otto Addo has left an important message for the next Black Stars coach after announcing his resignation following the team’s elimination from the 2022 World Cup on Friday.

The former Ghana international said whoever is appointed as the new coach must be confident in his ability to carry out his ideas regardless of the pressure he may face.

Otto Addo resigned following the Black Stars’ 2-0 loss to Uruguay in their final group game at the Al Janoub Stadium.

After defeating South Korea in their second group game, the Black Stars needed a draw or win against Uruguay to advance to the last 16 stage.

“Be himself, fulfil his ideas no matter who tries to come between but he should listen to his coaching staff, take advice and if there is anything I can do to help, I am always there,” he said.

“I will give advice and help my motherland. [He] should not listen to negativity too much, be fearless.”

The Black Stars will now focus on the remaining qualifiers for the 2023 Africa Cup of Nations.

Otto Addo believes the Black Stars could have performed better at the FIFA World Cup in Qatar in 2022 if the technical team had spent more time with the players.

“The windows we had were June, September and World Cup so there was not much time,” he told the media at a briefing on Saturday.

“Surely this is normal. If we will have had more time together, we could have developed even better. I saw a lot of processes and I know it is difficult for a lot of people to understand.”