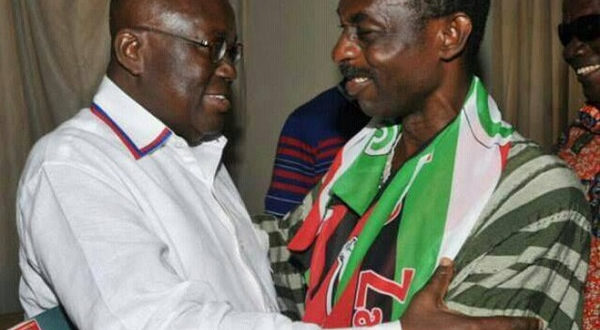 The General Secretary of the National Democratic Congress, Johnson Asiedu Nketia has asserted that the decision by the government to go to the International Monetary Funds for assistance is a good move.

According to him, the critic comments made years ago by President Akuffo Addo and his vice, Dr. Mahamudu Bawumia has shown Ghanaians the level of incompetence shown by them as the current administration.

Mr Aseidu Nketia  stated that government is placing too much emphasis on COVID-19, as the cause of the country’s economic challenges.

According to him, even though he acknowledges the global impact of the pandemic, there are other weighty mistakes which have contributed to the country’s current fiscal woes.

He added that, the government should stop comparing the effects of Covid-19 and Russia/Ukraine war on Ghana with foreign countries like the United Kingdom, USA among others as they are not part of the ways of the sub-region.

Play the Audio below for more details

He explained that, the current high interest rate on debts has a bad look on our loan profile so the grant that will be given by the International Monetary Fund will help restructure the profile by paying the interests and will also be used to partly develop the country.

He again said that, the Finance Minister, Ken Ofori Atta and the current economic management team headed by the Vice president, Dr. Alhaji Mahamudu Bawumia cannot be trusted now so they should be sacked from their respective positions to help build confidence around policies to be used by the International Monetary Fund (IMF).

Previous FoN: An Open Letter To The Plastic Producers In Ghana
Next We Are Negotiating With Teacher Union To Call Off Strike – Deputy Education Minister