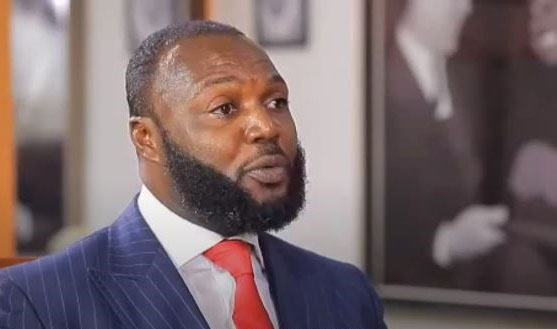 The Commercial Division of the Accra High Court has rejected the terms of settlements reached between state prosecutors and the founder of Capital Bank, William Ato Essien.

Mr. Essien, per the proposed settlement, agreed to pay GH₵90 million in total: GH₵30 million today and GH₵60 million in an agreed instalment settlement with the state.

But in court on Thursday, December 1, 2022, the presiding judge, Justice Eric Kyei Baffour, who was ready with his judgment, says the state appears to have been compromised.

He said the law that the state and the accused based their agreed settlement on, does not apply to the instant case, and such settlements may make crimes attractive.

Referring to Section 35 of the Courts Act, which says, “Where a person is charged with an offence before the High Court or a Regional Tribunal, the commission of which has caused economic loss, harm, or damage to the State or any state agency, the accused may inform the prosecutor whether the accused admits the offence and is willing to offer compensation or make restitution and reparation for the loss, harm, or damage caused.”

The presiding judge, Justice Eric Kyei Baffour, explained that the offence Mr. Essien has been charged with, does not relate to an offence that has caused economic loss or damage to the state but rather is based on the funds of shareholders.

He stated that Section 35 of the Courts Act, on which the settlement was reached, is therefore inapplicable.

Justice Kyei Baffour also stated that the offer and acceptance by the parties based on Section 35 of the Courts Act should be subject to the concurrence of the court.

And in this case, he said, the agreement between the parties is not acceptable to the court.

The presiding judge again referenced Section 35 of the Courts Act, which states that “Where the Court considers the offer to be satisfactory, the Court shall accept a plea of guilty from the accused and convict the accused on his own plea, and in lieu of passing sentence on the accused, make an order for the accused to pay compensation or make restitution and reparation.”

The judge said in the instant case, the court does not agree with the settlement reached by the two parties.

According to the judge, even if the court agrees to the agreed settlement by the two parties, Mr. Ato Essien should be made to pay the agreed amount at the current exchange rate with interest and not pay the same amount, which has devalued.

The judge said the settlement must not be done in a manner that suggests that the accused has outwitted the prosecution.

“He can’t pay the same GH₵90 million. What was the value of the money in 2015? And what’s the value today? What’s the exchange rate now? Aren’t we making crime attractive?”

The judge quizzed, “So, after three years of going through prosecution with the state calling 17 witnesses, is this the best settlement for the prosecution? It appears the state is compromised.”

He continued, “After three years of deployment of state resources, if the accused and the republic would come to this conclusion, why did they waste the time and resources of the state?”

“If the trial was yet to commence, that would have been applicable, but once the judgment is ready, that would be unacceptable,” he stated.

The judge, who was dissatisfied with the state of affairs, said it appears this is just a ploy for the accused to conveniently avoid a custodial sentence.

The court adjourned proceedings to December 13 for the parties to convince the court on the issues that have been raised.

William Ato Essien, Rev. Fitzgerald Odonkor and Tetteh Nettey, a former Managing Director of MC Management Service owned by Mr. Essien were charged with 23 counts of conspiracy, stealing from the ¢620 million liquidity support given to the bank by the Bank of Ghana (BoG), to enable it to service its maturing debt.

The accused persons, according to the prosecution, opened various bank accounts with Capital Bank through which the ¢620 million BoG liquidity support was transferred while others were carried in jute bags to Ato Essien.

Previous 2022 FIFA World Cup: Germany Out Despite Win Over Costa Rica
Next Property Tax Is Not Supposed To Pay The Government – Mr Andrews Owusu Fumes. 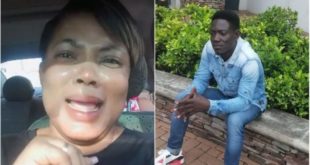