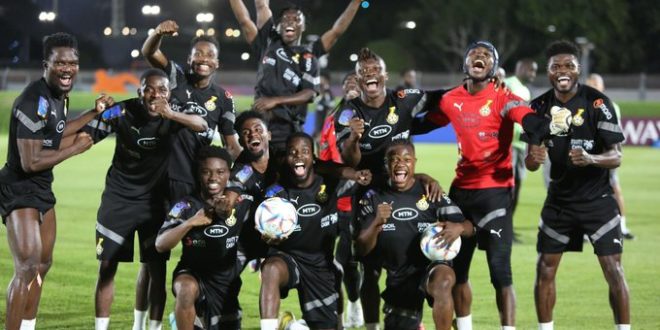 Qatar 2022 World Cup: The Return Of The Black Stars

If there are better adjectives to describe Otto Addo when he walked into the press conference room to face global cameras, these three suit him.

A unique opportunity. One that has never been witnessed before in the annals of this country’s football.

“I feel very honoured,” he says. “To have been part of this team as a player and now as a coach, it’s a privilege and a big honour for me to serve Ghana and now on the side of the pitch.”

Not many know how it feels to be on the pitch for a World Cup match, and obviously not many can boast of a moment on this stage on the touchline.

But, Otto Addo, the man whose technical nous Ghanaians would be relying on to lead these arsenals in this month’s Mundial is a special breed.

About 16 years ago, when Ghana lined up for the team photo against the Czech Republic at the RheinEnergieStadion for its second-ever World Cup game, there was a lanky man in the set-up at the far left. 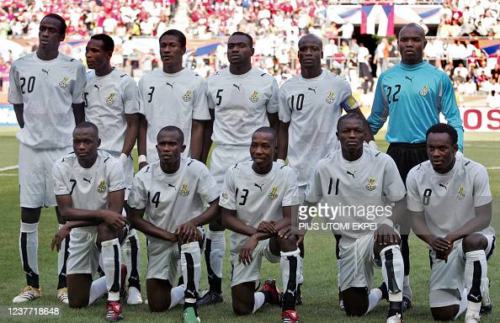 His hair slept on his head like a corn roll.

Within a minute into this contest before the global cameras, he was seen making a darting run upfield when Sulley Muntari delivered a corner kick into the Czech’s box which was nodded out.

The ball found its way to then-skipper Stephen Appiah, who dummied his onrushing marker and delivered an inch-perfect pass to the feet of Asamoah Gyan to strike home the West African country’s first-ever World Cup goal.

Two players were close to Gyan when he hit the ball beyond the reach of Petr Cech and wheeled away to the far left end of the stadium before stopping to first, touch the instep of his right boot with his right fingers, and left instep with his left fingers, and later pointed those fingers in the air in celebration. One was Matthew Amoah and the other, was Otto Addo, the man who would lead the team he was part of in its first-ever win in a Mundial to Qatar this year.

If a fortune-teller or sorcerer had told him 16 years on, he would head the technical bench of this enviable institution, he would have thought of it as a mirage.

But, the reality is here before the very eyes of this man whose brilliance on the touchline is considered one of a kind.

Otto and many of his colleagues disappeared from the scene for years after the Germany tournament, working in various capacities as they continued their careers on the pitch, imparting knowledge of the game to the next generation.

With a 16-year playing career spent in Germany with six teams, the 47-year-old ushered himself into the technical area of this emotional-sapping sport.

A four-year opportunity to work with Hamburger, one of his former clubs, first as an assistant coach and later as interim coach, was the beginning of this remarkable journey, which will shoot him back to the limelight of Ghana media.

Many have come, but a few are chosen.

Otto became a part of the few chosen to climb a height he would never have imagined, but nature has a story for every soul. To have risen to a point where he could manage a German club in the interim, his quality did not go unnoticed as Ghana’s football governing body, Ghana Football Association (GFA) engaged his services to scout for the senior national team for the 2014 World Cup in Brazil.

Tasked to cover the details of Germany, one of Ghana’s group opponents for the tournament in the South American country, Otto’s report helped Ghana produce one of the best performances of the competition, drawing 2-2 against the DieMannschaftt.

The Black Stars was the only opponent that did not lose to the Germans as they lifted the global coveted trophy.

His distinctive attribute was rare and he became a jewel to be admired.

When Kurt Okraku, President of the GFA had an opportunity to appoint a technical team for the three-time World Cup participants, Otto Addo was an obvious choice. He was considered to work with former Black Stars coach, Charles Kwablan Akonnor, but his role at Borussia Dortmund (talent scout) would not permit him to serve his country.

However, with Milovan Rajevac, the man who led the Black Stars to its highest finish in a World Cup (quarterfinal), returned for a second stint, Otto accepted to serve as an assistant, helping the Serbian secure a World Cup playoff ticket.

Rajevac was sacked after a disastrous showing in Cameroon in the African Cup of Nations (AFCON) and Otto became the axiomatic choice. The man Kurt always wanted, but he had the hurdle of Chris Hughton, an English manager with Ghanaian roots to contend with. Chris holds a profile every football team would want.

Politicians wanted him and they had the backing of many including a section of the media.

But, when there is a will, there is a way; the ‘Game Changer’ as Kurt is affectionately called, found a way to hire the man he revered.

“I must say, it was Kurt Okraku who wanted Otto [Addo],” Anthony Baffoe, former Black Stars defender who was instrumental in convincing the Borussia Dortmund technical man to accept the job revealed.

“He wanted him badly,” he added.

Wanting Otto badly meant he was on a tangent to make certain quarters unhappy, so he found a way of making them happy.

Hughton got the role of a Technical Advisor to Otto and his team consisting of former Aston Villa U23 coach, George Boateng, and Head of Football at Right to Dream, Masaud Didi Dramani. 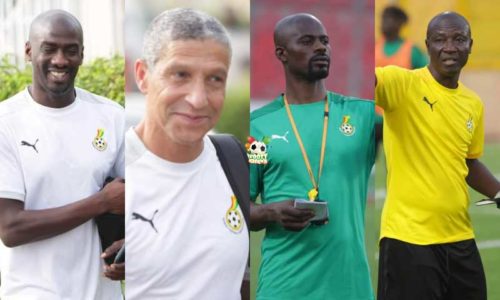 Two assignments awaited him. No. Three actually: a home and away World Cup ticket against rivals, Nigeria, and the weight of missing out on the last tournament in Russia in 2018, a year the cold arms of alleged corruption and match-fixing gripped football in Ghana and dropped it to its knees.

Football in this West African country is still reeling from that impact, often wondering when it will be counted among the best in the world. It was worsened by the fact that the materials at his disposal two months ago, had the worst AFCON showing of this four times African champions which have immortalised its status on this stage since 1984.

Only a win could change these fortunes; not just that, but his fortune, too, because many doubted he was of good quality to lead this national team.

A win was never realised, but in the end, the ultimate goal was achieved. A ticket to heaven as Kurt Okraku put it.

It began at the Baba Yara stadium which ended blank, leaving hopes on a thread, but the Black Stars overcame the Super Eagles via an away goal after earning a 1-1 draw in Abuja.
Qatar 2022: The return of the Black Stars

Before kick off the Moshood Abiola stadium, the partisan crowd sang a chorus, ‘Ghana Must Go!’ and Ghana ‘goweth’ to Qatar at their expense.

Success with a man who has a unique identity with this national team. Take a look at the chronology: played in the first-ever win Ghana secured at a World Cup, served as a scout in the only draw Ghana had at the 2014 World Cup, and became the second native of this country to lead its national team to the Mundial after Kwasi Appiah in 2014, and the most of this delectable CV, the first of his generation to lead the Black Stars to this global fiesta.

That is unique. Unique is an understatement. But, his uniqueness has not sown a seed of confidence in Ghanaians since then and ahead of the World Cup in Qatar.

Since assuming the head role of technical affairs of the Black Stars, Otto has managed just three wins in nine matches.

Among those nine matches, the 2010 quarterfinalist was pummeled 4-1 by Japan in a four-nation tournament dubbed Kirin Cup and 3-0 by bookmakers’ favourites for the year World Cup, Brazil.

In between, there were so-so performances against Central Africa Republic, Chile, and Nicaragua.

If the pummeling witnessed against Brazil was a mismatch, the output against Nicaragua did not lift spirits and offer hope.

However, there’s hope; hope influenced by previous World Cup performances bar the 2014 edition which was blotted by a bonus row as players revolted and boycotted training before the final group game against Portugal which ended in a 2-1 loss, and the inclusion of new stars of global repute.

Athletic Bilbao’s Inaki Williams, who switched nationality from Spain to Ghana offers a bite-up field which has been absent since Asamoah Gyan, Africa’s highest goal scorer at this stage, got to the twilight of his career. Southampton’s Mohammed Salisu, who recently availed himself to play for the Black Stars is a seawall whose presence shores the back line. Other players such as Tariq Lamptey, Salis Abdul Samed, and Kamal Sowah, offer dexterity to the technical team in this tournament.

The experience of Thomas Partey, Andre Ayew, Jordan Ayew, Daniel Amartey, and Alexander Djiku, coupled with exciting lads such as Mohammed Kudus, Kamal Deen Sulemana, Daniel Kofi Kyereh, Ghana has an assembly of arsenals that can match any opponent.

The buildup might not be exciting, just as in 2006 and 2010, but this road has been witnessed before.

“Nothing is impossible,” Otto added.

Who would have thought Saudi Arabia would be the country to end Argentina’s 36-game unbeaten streak?

Who would have thought Japan would beat Germany on Wednesday night?

When the gods of football rise in your favour, everything falls into place.

In the end, after the exchange of pleasantries, the Black Stars will turn to a crowd that missed them here, brighten Qatar and illuminate the rest of the world.

Previous Ghana: Today’s Newspapers Headlines; Thursday, November 24, 2022
Next Insults on President: Bring Back the Fear and Sanity in School – GNACOPS