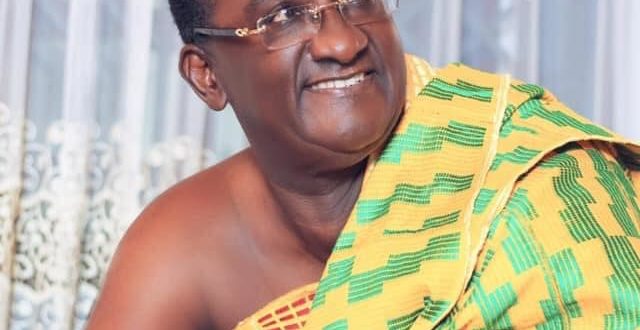 If you are an ardent political observer, the results of the just ended polling station and constituency elections of the ruling New Patriotic Party (NPP) should be of immense interest to you. The party incumbent is focused on breaking the eight-year cycle, a feat which is uncharacteristic of national elections in Ghana.

Leading to this vision, there has been a silent contest for the kingship of the NPP – The race to become Presidential Candidate by key names in President Akufo Addo’s government.

These are the top 5 names for the flagbearership of the New Patriotic Party for the 2024 elections. However, to make this dream a reality, they have to go through a rigorous process of securing the nomination of the flagbearership from delegates of the party (members at the grassroot level) made up of executives from the polling stations, at electoral areas and the constituency level.

With this background, it’s easy to picture the contest between the Vice President and Trade Minister since the former has been the number 2 man in Ghana since 2016 and the latter has been a three-time contender for the job since 2008. Both men have also effectively delivered on their individual mandates with clear results.

The Vice President is credited with digitising all government services across all sectors with the most recent being the successful introduction of the Ghana card. Hon. Alan Kyerematen also boasts of the successful implementation of government’s 1D1F across Ghana, establishment of VW and Toyota Vehicle Assembly plants in Ghana among others.

Interestingly, at the base of the party, the polling station executives seem to have a different person in mind for the job despite the winning streaks of the seemingly top 2 contenders. Recent electoral results coming out of the ground are painting a different picture.

There have been huge surprises. Candidates supported by the two main contenders have not made the needed impact as expected. In the Northern Region, the home sector of Dr. Bawumia, the results have been nothing short of a surprise. Candidates he supported for positions within the constituencies failed to garner enough votes to win their respective portfolios.

Below is a summary of the results, verified by a team of independent researchers following the NPP’s internal constituency elections.

These are the results are pending the outcome of Yendi, Savelugu and Nanton constituency elections.

From the above, the surprise has been Dr. Owusu Afriyie Akoto. In what has been described as the “Akoto Factor”, the Agric Minister has emerged as the “people’s choice” in the Northern Region. The “Akoto Factor” has been responsible for the electoral defeats of all the other candidates.

Our research team has also verified that the “Akoto Factor” has taken all the remaining regions by storm and Dr Owusu Afriyie Akoto is leading at the grassroots level as the preferred candidate to lead the NPP as its Presidential Candidate.

By Nana Kojo Quaidoo, a Political Researcher based in Ghana.