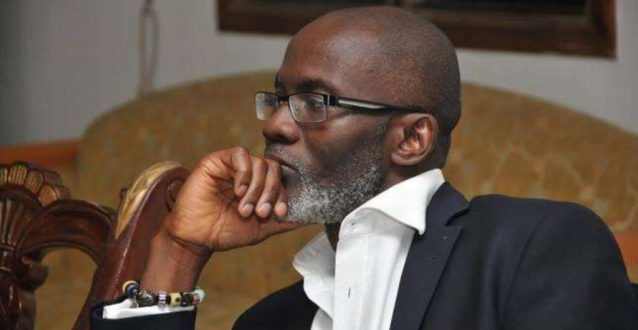 A leading member of the New Patriotic Party, Gabby Asare Otchere-Darko, has described as refreshing a decision by a High Court to dismiss a suit challenging the election of Jomoro Member of Parliament, Dorcas Affo-Toffey.

According to him, the decision by the court among other things is a clear indication of the fairness of the judiciary system of Ghana.

“Congrats! It is refreshing to be amply reminded that the legal system works! That, Lady Justice remains blind,” Mr Otchere-Darko wrote in a tweet in reaction to NDC member, Joyce Bawa Mogtari’s celebration of the court’s decision.

The opposition National Democratic Congress has over the period accused the bench of being bias against the party.

Some NDC members have cited the Supreme Court’s dismissal of the party’s petition against the 2020 presidential election result to back their claim.

However, the Sekondi High Court on Monday, November 21, 2022, dismissed a petition against the NDC Member of Parliament for Jomoro.

The case which had been ongoing for close to two years was decided when the court, presided over by Justice Dr. Richmond Osei Hwere dismissed the case on grounds that the MP was eligible to contest.

The court held that she lost her Ivorian citizenship at the very time she acquired her Ghanaian citizenship, thus, there was no merit in the petition seeking to annul her election on the basis of her having dual citizenship.

The petition was filed by one Joshua Emuah Kofie, who was challenging the eligibility of the MP to contest as a representative of the people in the constituency on the ticket of the National Democratic Congress (NDC).

He submitted that she had multiple nationalities, including American and Ivorian citizenships, which is against the 1992 Constitution.

While the court determined that she did not have Ivorian citizenship at the time of filing and contesting in 2020, the MP denied having American citizenship.