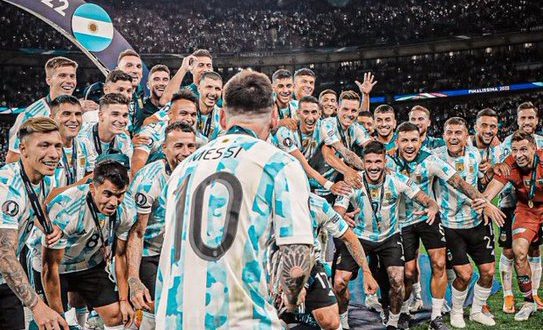 Argentina aim at preserving their 36 unbeaten record, when they face Saudi Arabia on Tuesday morning in a crunchy Group C opener of the 2022 FIFA World Cup at the Lusail Stadium.

The Albiceleste recorded a disappointing campaign in the 2018 edition after suffering a round of 16 eviction to France- having failed to exceed their final mark in 2014 in Brazil.

The Green Falcons on the other hand, suffered a group stage elimination in Russia, having tasted two losses with just a win which happened against Egypt in their final group game.

The two time champions had a fantastic run in the South American qualifiers, after finishing second behind Brazil, with solid 11 wins and 6 draws in 17 outings.

Lionel Scaloni’s men marmalized UAE just couple of days ago to extend their invincible run to 36, with no defeat since 2019. They have emerged victors in their last six matches including a convincing win over European champions Italy in the Finalisima in June.

Herve Renard’s men were really dazzling in the qualifiers, and finished as winners with an unbeaten run, beating Japan with just a point in Group B.

The three time Asian conquerors doesn’t look impressive in their last five matches, with two wins, two draws and a defeat and will look to redeem themselves this time.

Argentina will miss the service of Guido Rodriguez and Manchester United defender Lisandro Martinez due to discomfort and illness respectively.

Inter Milan’s Joaquin Correa suffered a late injury which ruled him out of the tourney and has been replaced with 21 year old Thiago Almada.

On the opposition end, Riyardh Sharahili is out of the game due to muscular problem whiles Fahad Al-Muwallad also got excluded from the squad after failing a drug test.

The pleasant news is that, Hassan Tambakti has also recovered fully from injury and will be available for selection. 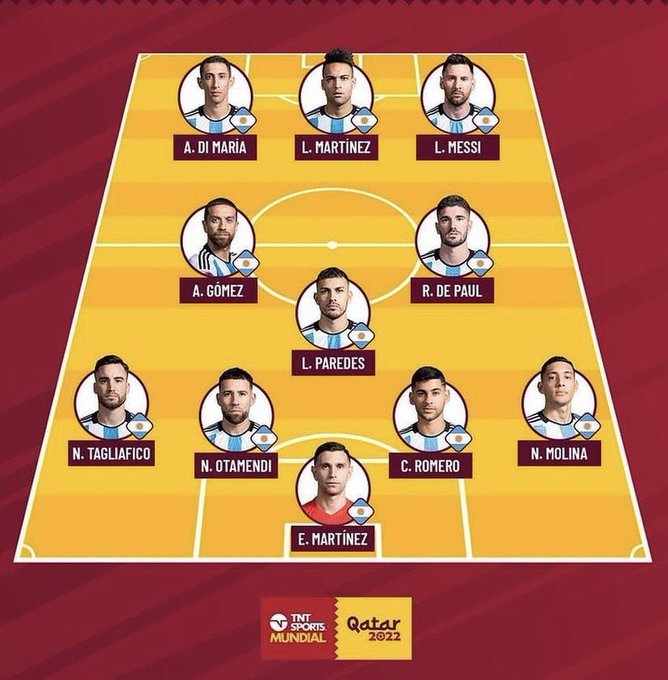 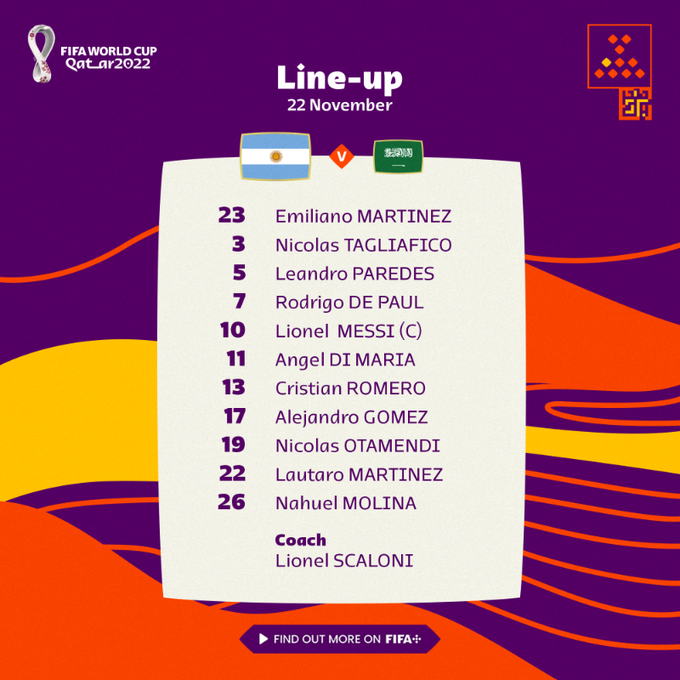 How may more will we see in #Qatar2022? pic.twitter.com/n2hSYhqows