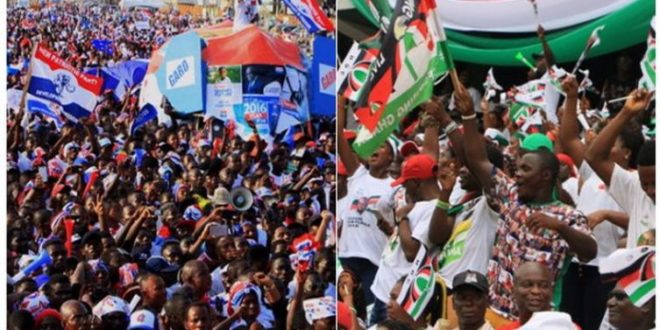 Sympathizers to the Central Regional National Democratic Congress’ (NDC) youth wing have poured out their unflinching anger following the political party’s recent records of New Patroitic Party (NPP) member’s swift alliance to the NDC and their subsequent contest in its ongoing constituency delegates conference which to it has seen series of postponement and injections placed on a number of the region’s constituency elections.

The NDC according to its party constitution disallows any member whose affiliation to the party spans less than four (4) years to contest in any of its organized internal elections, not even in its branch election.

The acerbation behind these party sympathizer’s outpoured venom follows their information gathered which depicts Hon. Alexander Afenyo Markin, Member of Parliament (MP) for Effutu who’s at the State’s parliament on the ticket of NPP, in the NDC’s recently held Regional Delegates Conference on Saturday 12th November, personally incited one Mohammed Kofi Twumasi Nayyer, who according to investigations carried out by these persons discloses him to be a staunch member of the NPP but intentionally crossed carpet to contest in the rival political party’s elections as an aspiring Youth Organizer.

They expressed worry as to how the fellow managed in getting himself cleared, having sat before a vetting committee in his bid to vie for the position.

The levelled allegation by these members of the NDC follows a sited pictorial evidence of the lawmaker and practicing lawyer, Hon. Afenyo-Markin which uncovers Mohammed Twumasi Nayyer (a lawyer as well) to be a member of the NPP’s strategic campaign team set for its members known to be lawyers, together with one Bernina Korkor Maseyo Okutu (Esq).

The aggrieved party members led by one Mr. Benjamin Arthur having laid hands on the evidence are up with a serious agitation against the aforementioned Youth Organizer aspirant to be clapped with a disqualification having had a tie-break of 25votes in his vied-for position with rival aspirant Bright Botchway when the parties went on polls in their position which had four spirited young men battle it out.

Section of these party members remarked great disappointment in its colleague NDC delegates who went on polls to vote for Mohammed Twumasi as their Youth Organizer without probing to find out who actually the fellow is made of.

These peeved NDC members narrate, the Member of Parliament strategically arranged with the aspirant to come contest for the opposition, cunningly win it, then swear allegeance to him instead of the political party as part of their strategic plots going into the 2024 general elections.

Meanwhile, date slated for the re-election of the region’s NDC Youth Organizer position is yet to be made public by the electoral commission.

Previous THIS IS AFRICA! : Facts You Probably Did Not Know About Africa And The World Cup
Next President Akufo-Addo Pays Tribute To ‘Good Friend’ Dr. Kwesi Botchwey