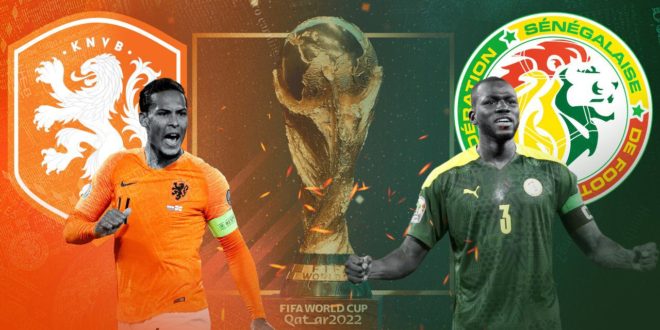 The second Group A match after the opening game of the 2022 World Cup will see African champions Senegal lock horns with 2010 finalists, Netherlands at the Al Thumama Stadium on Monday, November 21 at 16:00 GMT.

Senegal will be hoping to get off to a good start without talisman Sadio Mane, who has been ruled out of the competition due to a leg injury. However, it will likely be challenging against a Netherlands team that look formidable and have backed by some to go all the way.

Senegal have won four of their last five matches, one of which helped them secure qualification for the World Cup. Netherlands are enjoying a similar run with their draw against Poland in the UEFA Nations League being their worst outcome in five matches.

The two sides are yet to play each other in an official game.

Senegal’s main concern ahead of the game will be Sadio Mane’s absence due to a leg injury suffered while playing for Bayern Munich a few weeks ago. Things got even worse when it was announced last Thursday that he would be unable to compete in the entire tournament. Their head coach Aliou Cisse has either preferred a 4-2-3-1 or a 4-3-3 formation.

Louis Van Gaal may be fortunate to have almost all of his men fit and ready for the encounter. He would obviously continue in his favourite 3-5-2 with Van Dijk and de Ligt.

Previous Akufo-Addo: Pray And Keep Faith In Us; We Will Turn Things Around
Next THIS IS AFRICA! : Facts You Probably Did Not Know About Africa And The World Cup