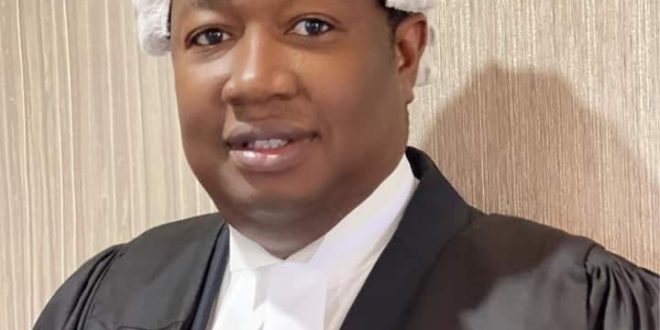 Top National Democratic Congress (NDC) Member and Legal Practitioner, Elikplim Lorlormavor Agbemava, says he is disappointed about the quality of representation on the NDC side of the committee on the Censure hearing against the Finance Minister, Ken Ofori-Atta.

Lawyer Agbemava, believes the NDC Membership, as constituted lacked the needed depth and acumen to ask the most potent and probing questions.

This, he implied, has culminated in a saintly outlook for Ken Ofori-Atta and a vindication of his safely guarded repute as a man of spotless integrity.

Venting his dissatisfaction via a Facebook post today, Lawyer Agbemava wrote, “we need to tighten the questions la”, with the last word of the statement, an exclamation in the local Ewe parlance, summing up his obvious frustration.

See also  BoG: We Will No Longer Provide FX Support For Imports Of Rice, Poultry And others

His noticeable distress has been another depiction of the general sentiments shared among key members of the NDC, and the rank and file about the so called shallow disposition of the NDC panel on the committee.

NDC supporters in general had been hitherto incredibly bubbly and cheerful on the occasioning of a bi-partisan Censure Committee.

To them, what should have been the last straw on the already quick-sand dwindling fortunes of Ken Ofori-Atta, have churned counter-productive results and rather inched him a notch higher in his approval ratings.

With an initial seven-point allegations plan, sliced down to five, the beginning of the end of a no-case conclusion had been made clear. Credence had been given to those who believed the minority was indeed on a fishing expedition.

See also  Fuel Price Increase: It Almost Turned Into A ‘3rd World War’ When I Bought Fuel At A Station – Adansi Asokwah MP

And any NDC member, who had been left with any form of hope that something dire and worthy of its weight in gold can be pushed against Ken when he took his turn at the hearing, is right to be disappointed.

The Finance Minister aced in his responses and had once again shown that his proven standards as an astute administrator of public financing has not and cannot be compromised.

For Lawyer Agbemava and some NDC faithful who followed the proceedings, the tide, as it stands now, flows graciously in Ken Ofori-Atta’s meticulous favour.

Previous Police Arrest Storekeeper And Driver For Stealing Free SHS Food Items
Next NDC National Chairman: I Have Been To Court 70 Times Because My Party Folks Leaked A Private Discussion To NPP