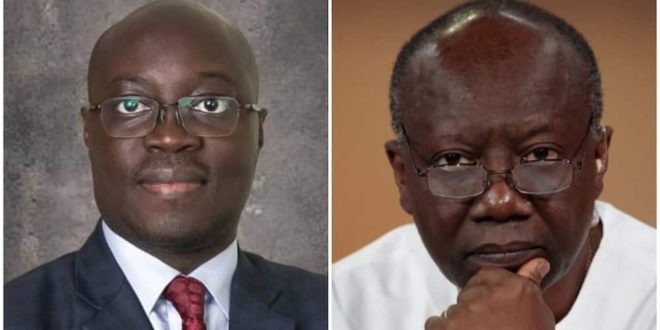 Member of Parliament for Ajumako Enyan Essiam constituency in the Central Region and ranking member of the finance committee, Dr Cassiel Ato Forson, has stated that the Minister for Finance, Ken Ofori-Atta, cannot be blamed alone for the economic and fiscal challenges the country is currently experiencing but that he bears ultimate responsibility.

Dr Cassiel Ato Forson, made this known when he appeared together with the Minority Leader, Haruna Iddrisu, before an Ad Hoc committee set-up by Speaker of Parliament, Alban Bagbin, to probe a motion of censure moved against the Minister for Finance, on Tuesday 15 November 2022, at their first sitting as a committee.

In the course of proceedings, Mr Samuel Okudzeto Ablakwa, a member of the committee posed the following question; “So, the Question is very clear in my mind – wastage, malfeasance, financial irregularities.

“The Auditor-General is in pursuit of GH₵4.7 billion, he has retrieved GH₵2.2 billion and GH₵2.5 billion remains out there which he is in search of.

“So, I would like to find out if that is part of the fiscal recklessness the Hon Member speaks of? Does it include, malfeasance, corruption, public funds in the wrong pockets? That is my question”.

In his answer, Dr Forson noted; “Mr Chairman, I think it is a fact that if we say fiscal recklessness, it includes all of that. The key Question here is that is the recklessness only done at the Ministry of Finance? I do not believe it and think it is economy-wide and government-wide”.

“So, he is clothed with all the necessary legal framework to confront his Hon Colleagues. If he fails to do that then, he has obviously engaged in fiscal recklessness and would be the one to be dealt with in the end” he added.

K.T. Hammond, one of two chairpersons of the Ad Hoc committee after the submission of Dr Forson, sort to clarify the position advanced by Dr Forson.

“So, he is not here because he caused all the mess, but because he has not imprisoned quite a lot of those people responsible? Is that the point you are making?” Mr Hammond asked.

Dr Forson, in an attempt to answer the question of Mr Hammond, said that “the fiscal powers are vested in the Minister for Finance, but”.

Mr Hammond, jumped in again before Dr Forson completed his answer and said “I understand, so he is effectively being held to account for?”

Mr Hammond, in his quest to bring more clarity to the discussion said “that was a good question because, at least, it makes it clear that is not the Minister (Finance Minister Ken Ofori-Atta) who is responsible for this (economic challenges), it is the whole economy and the caboodle of it that makes this whole thing what it is.

Dr Forson, subsequently came in to corroborate the clarity that Mr Hammond sort to bring by stating that “It is government-wide”.

Right to be heard

The Finance Minister, Ken Ofori-Atta, is expected to appear before the Ad Hoc committee on Friday 18 November 2022, to exercise his constitutional right to be heard as far as the claims of misconduct brought against him are concerned.

At the sitting on Tuesday 15 November 2022, Gabby Asare Otchere-Darko, counsel for Mr Ofori-Atta, requested for 48-hours to allow his client to adequately prepare to provide answers to the claims made against him by the proponents of the motion of censure against him.

The committee readily granted the request of counsel and scheduled the sitting for 10am in the forenoon.

The Committee is co-chaired by Kobina Tahir Hammond and Dr Dominic Akuritinga Ayine.

Mr Camillo Pwamang, is the Clerk to the Committee and Dr Ernest Daffour, a Senior Assistant Clerk, is the deputy Clerk to the committee.

The committee has 7-days to complete their work and present a report to the house for further debate on the motion of censure.

Previous BoG: We Will No Longer Provide FX Support For Imports Of Rice, Poultry And others
Next Police Arrest Storekeeper And Driver For Stealing Free SHS Food Items 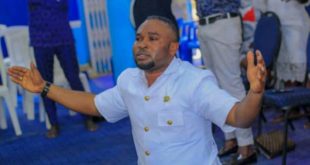 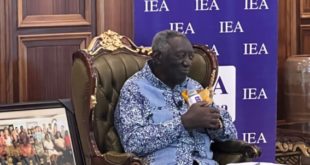 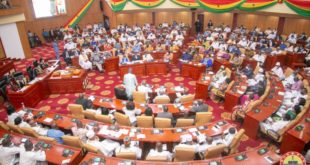